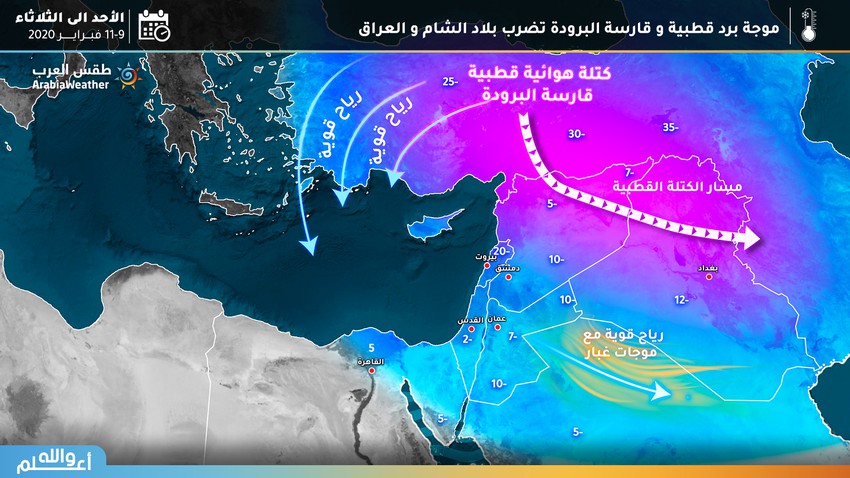 ArabiaWeather- A record breaking cold is expected to sweep across the middle east this week, record cold temperature as an arctic blast moves south across eastern Europe and the black .sea towards the middle east and the eastern Mediterranean

Turkey, Iran and Iraq, some record low temperatures could be set down

The cold came with heavy snow in wide parts of turkey then to Iran and North Iraq on Sunday afternoon, accompanied with very low temperatures, below freezing -30 degrees expected in the high peacks of turkey and north Iraq as never recorded in history on Monday morning.

Baghdad could see some rarely snow this week, with unusually cold weather conditions. 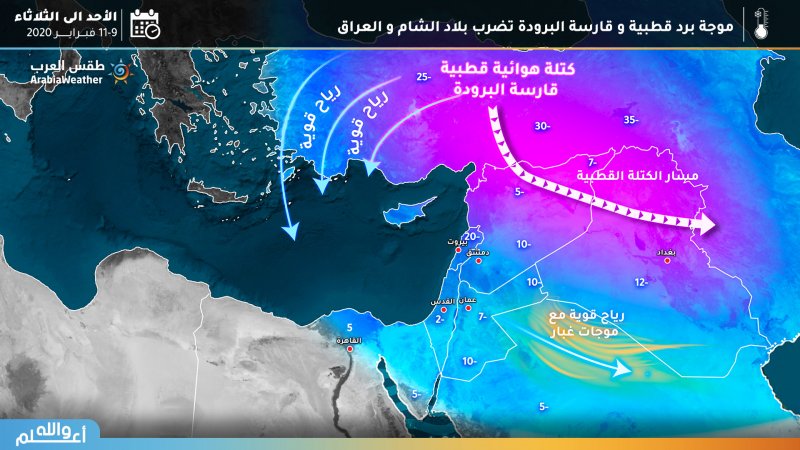 Northern Syria and Lebanon woke up on Saturday morning at strong snowstorm with a great amount of snow accumulation, many roads were closed, up to 1 meter of snow had fallen on Friday and Saturday in the Lebanese heights, which was enough to block the roads. The temperature drops down to -22 in the peack of Makmel mountain in North Lebanon, with wide frost expected in the next nights

The bitter cold hit Palestine, Jordan, and Egypt on Sunday 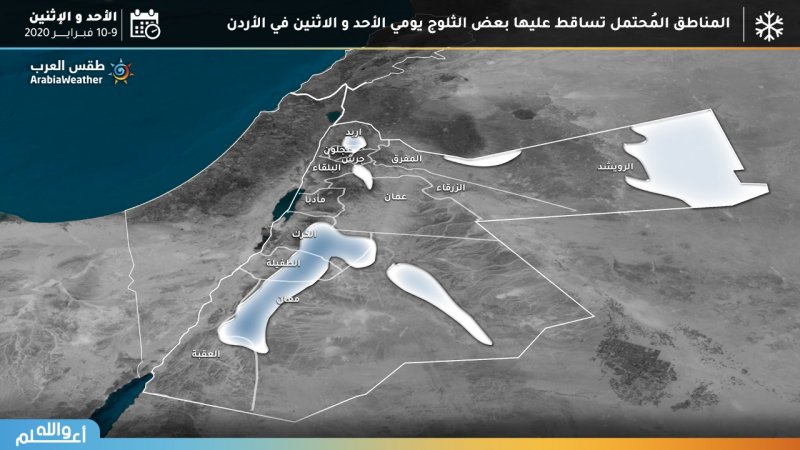 A potent winter storm barreled eastward across the east Mediterranean to Palestine and Jordan yesterday brought severe wind gusts over 100 km/hour, and heavy rainfall, which close the annual precipitation amount in many parts in Jordan, snow had fallen in the southern mountain in Jordan accompanied with wide frost and very low temperatures below freezing includes the capital Amman and Jerusalem

Schools closed or were deployed due to the cold and the stormy weather in Jordan, 5 persons were injured in multi-vehicle crash on the highest roads in Petra south of Jordan because of the frost

The capital Cairo will be a little on the edge of this huge air mass, but even though, a cold temperature expected to be recorded on Sunday and Monday.

The arctic air mass continues moving south to reach Saudi Arabia and Kuwait on Monday, -7 degrees Celsius expected to be set in Hail (Northern Saudi Arabia) in the early morning of Wednesday, the Capital Riyadh will see a freezing temperatures and wide frost caused by the cold air mass -2 degrees expected, -1 degree in Kuwait the capital.