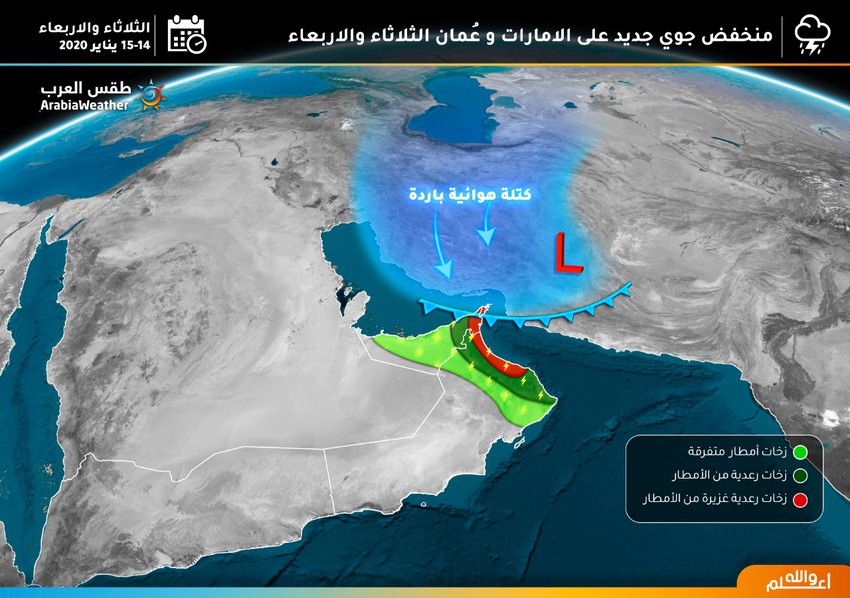 Arabiaweather- The UAE has been affected by a low pressure system accompanied by a cold front that was originated in Iraq and has moved across the Arabian Gulf the last weekend, bringing generous amounts of rain and causing minor incidents such as floods in some streets in Dubai, Ras al Khaimah, and other cities

The unstable weather will remain in the country due to a new low pressure system that will affect the area on Tuesday and Wednesday. This new low pressure will bring severe rain and thunderstorms to the eastern part of the UAE and especially in Fujairah, Ras el-Khaimah and the eastern mountains. Abu Dhabi and Dubai will also be affected by this weather perturbation, However, no major incidents are expected in Abu Dhabi.

The amount of rain received this last weekend was the highest since 1996 according to the historical rainfall data from the National Center of Meteorology, setting a new record for the  country.