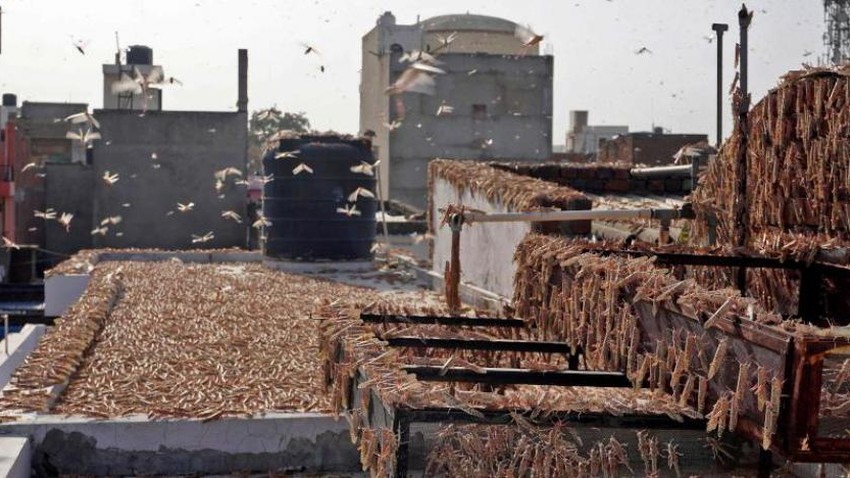 Arab Ritual - Indian officials have described what the western and central parts of the country have been exposed to since the days of the invasion of locust swarms, the worst since 1993.

Invasions of locusts cause extensive damage to the agricultural sector

The outbreaks of desert locusts destroyed nearly 50 thousand hectares of agricultural land, and caused severe damage to the agricultural class.

According to "Sky News", experts have warned that the situation may get worse with the expectation of more locust swarms to India via Pakistan in June.

Locust swarms have reached areas they had not previously reached

Locust swarms have recently reached areas where they have not been seen before, and have been seen making their way through large areas of agricultural land in the states of Punjab, Madhya Pradesh and Gujarat as well.

Angry farmers resort to traditional means, from knocking on pots or beeps or throwing stones, in an attempt to drive away locusts, and sometimes set fire to flushing them out with smoke.