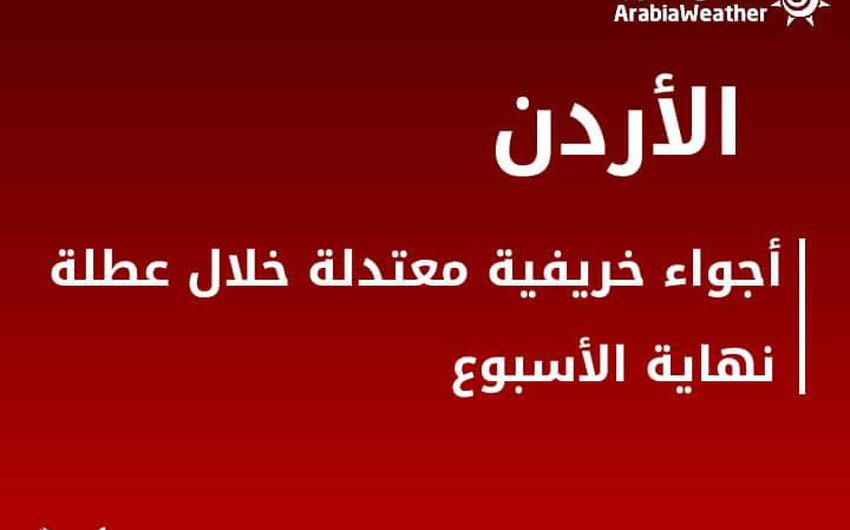 Arab Weather - according to the latest updates received from numerical models, an accelerated decrease in temperatures is expected during Friday and Saturday, so that the autumn weather will be moderate during daylight hours, and some low clouds appear in the sky of the Kingdom, especially in the afternoon, with activity in the speed of the northwest winds over Some areas.

Cold nights in various regions of the Kingdom at the end of the week!

The temperatures drop on Friday / Saturday night and the weather is tilted to cold over most regions of the Kingdom and relatively cold over the chain of buyers and the southeastern plains with high humidity levels, and temperatures also drop in an unprecedented way on Saturday / Sunday night, so the weather becomes cold over the southern highlands and parts of the southeastern plains. It tends to be cold in the rest of the regions, with a marked increase in humidity and an opportunity to form fog, God willing.

Tonight | Cold weather with thunderstorms rain in some areas