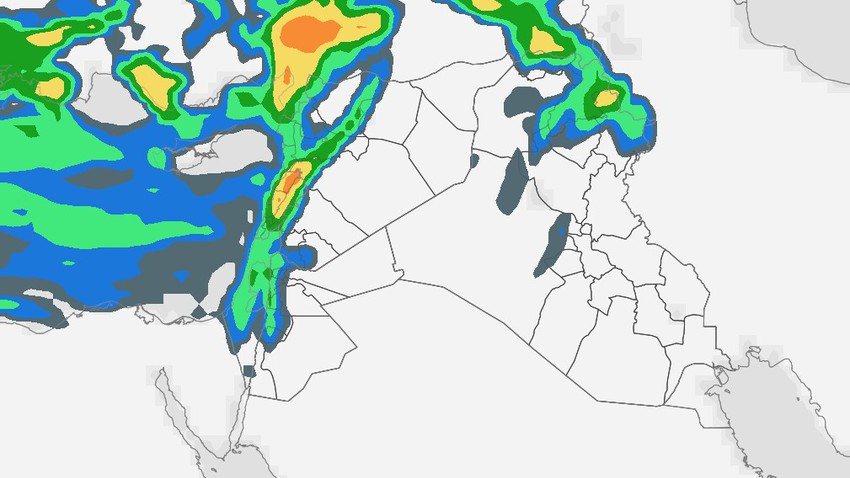 Arab Weather - The latest weather updates indicate a decline in the intensity of the depression from the second degree to the first degree, which is the weakest in the classification of the depressions, as most of the weather factors associated with this depression have declined, especially the upper air values and upper cooling, which increases the effectiveness of the depressions. .

However, despite the decline in the air depression to the first degree, the chances of rain remain, albeit less than in previous updates, with the stability of the weather forecast of a significant and significant decrease in temperatures on Thursday and Friday.

The depression is concentrated on Thursday to the northwest of Turkey, and pushes westerly currents and a cold air mass towards the Kingdom, and winter weather prevails and temperatures drop significantly compared to the heat formed on Wednesday, and there are also quantities of low clouds that work to rain showers at intervals during Northern, central and southern parts of the Kingdom.

Among the effects of the low air depressions on the Kingdom, the active winds and strong gusts will be on Thursday and Friday, as all regions of the Kingdom will witness active speed westerly winds associated with strong gusts, especially in the east and south of the Kingdom, as they may stir up dirt and dust and reduce horizontal visibility.