Jordan - Weekend | Gradual stability in the Friday weather, with renewed opportunities for rain in the north of the Kingdom on Saturday 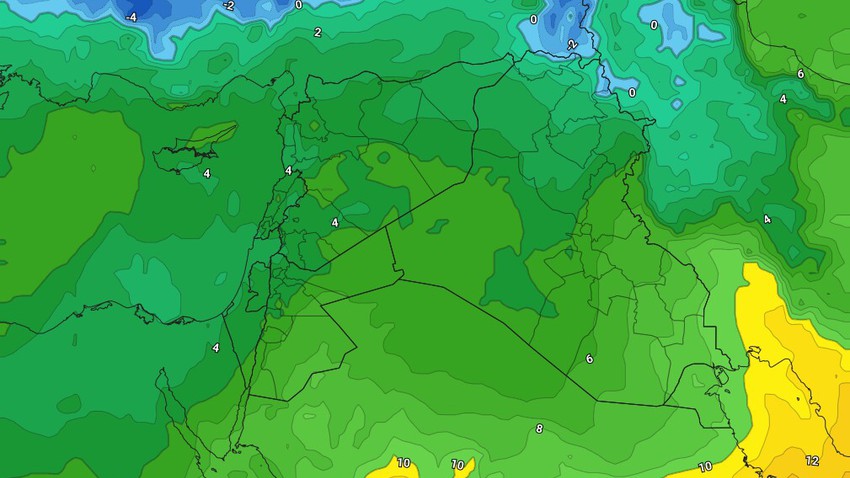 Arab Weather - The weather remains relatively cold during the hours of the day on Friday, with the appearance of clouds at different heights and the continuing chances of rain in different parts of the Kingdom, especially in the morning hours, and the winds will be southwesterly to westerly moderate to brisk.

There is also a significant decrease in night temperatures, and the weather will be cold and turn very cold in some areas, especially in the southern badia and the mountain highlands, with the formation of frost in those areas, and the winds will decrease and become variable in direction, with fog forming in some areas of the eastern plains.

The continuation of the relatively cold weather on Saturday, with the chance of rain showers in the north of the Kingdom!

The weather remains relatively cold during the hours of the day on Saturday, and low clouds appear in the northern regions, with the possibility of sporadic showers of rain in some parts, in the introduction to an air depression that affects the Kingdom next week, and the winds will be light and changing direction, turning into southwesterly moderate speed after Dhuhr.

The weather is also cold at night, turning into very cold in some areas, especially in the southern Badia and the mountainous highlands, with the chance of frost formation in those areas, and the winds will be southwesterly moderate, with the continued chances of rain sporadically in the north of the Kingdom.

Weather and expected temperatures in Jordan on Monday 4/12-2021

When is Ramadan expected to start in Jordan?

Jordanian Health: 3,340 injuries and 65 new deaths from the Corona epidemic - may God have mercy on them all