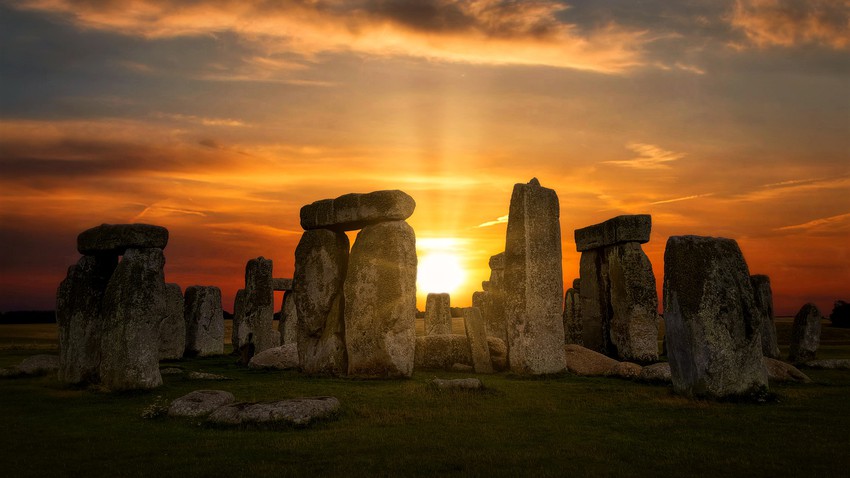 The Winter Solstice is known as the day on which the astronomical winter begins, and the day of the winter solstice is characterized by the shortest day between days of the year and the longest hours of the night.

And the sun shines during that day for the least number of hours, however, the day of the winter solstice is not considered the coldest day of the year, there are other factors that control the temperatures in different regions, such as the location of the region on latitudes, the weather patterns in that region, and the amount of snow cover, But temperatures start to drop, and the weeks following the solstice day are the coldest of the year.

The date of the winter solstice in the two hemispheres

Northern Hemisphere: The winter solstice occurs in the northern hemisphere (which includes most of the world's population) between the 21st and 22nd of December of each year, as the axis of the Earth is tilted on that day away from the sun, and the sun's rays At its farthest mile in the Northern Hemisphere, where it is perpendicular at noon to the Tropic of Capricorn, which is located 23.3 degrees south of the equator.

Is the winter solstice day the actual start of winter?

It should be noted here that the day of the winter solstice is considered the beginning of the astronomical winter season, because the four seasons depend astronomically on the position of the earth in relation to the sun, and the direction of the tilt of its axis. Winter is in the northern hemisphere at the beginning of December, and ends at the end of February, and weather and meteorology remain important in studying the beginnings of the seasons depending on annual temperature averages, because of their proximity to what actually happens on the ground, and this is important Great for different sectors such as, the agricultural sector, the industrial sector and others.

The importance of the winter solstice

The day of the winter solstice is considered an important event in the regions located on the poles of the globe, when the northern winter solstice occurs, the north pole of the earth is at its farthest mile away from the sun, and thus the areas there are plunged into complete darkness that lasts for several months.

On the day of the winter solstice, dawn is delayed, and the sun rises from the far southeast, and in the following days the apparent path of the sun begins towards north due to the movement of the earth in its axis around the sun, as the end hours begin to gradually increase until they equal the hours of the night by the day of the spring equinox in March This is useful for calculating prayer times in the Islamic world.

The winter solstice day is also considered a special day for many cultures, after the end of this day, the day begins to lengthen, and the night decreases, so the Solstice Day is celebrated in many cultures as the time of birth again.

Celebrating the day of the winter solstice

Many people around the world celebrate the winter solstice in different ways, and examples of places where people go to celebrate are; Monument Stone Stonehenge (Stonehenge) near the city of Wiltshire English, which is witnessing Toalfda annually to people and tourists from all over the world, to see the phenomenon of solar coup, returns famous monument of Stonehenge to the line of vision posed with the sunset on the winter solstice, as the place is meant some people who are still They believe in pagan rituals, to celebrate the solar new year.

In the ancient city of Tulum, located on the Mexican Yukata Peninsula, there is a monument dedicated to celebrating the date of the winter solstice, where tourists go to enjoy watching the sun that day when its rays pass through a small hole in one of the large stone buildings, which gives a wonderful view of the place.