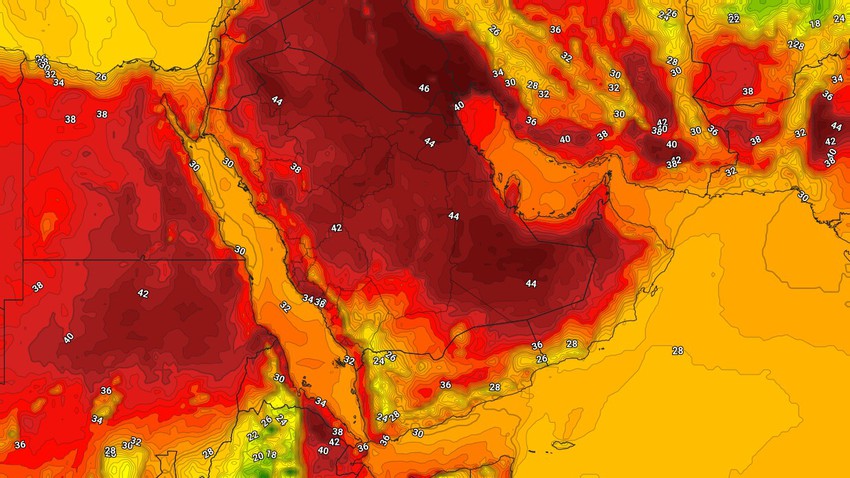 Arab Weather - The latest weather updates received by Arab Weather indicate indications that the northern region of the Kingdom was affected by a very hot air mass at the end of the week, which works on a significant and significant rise in temperatures.

This hot mass affects Tabuk, Al-Jawf, the northern border, and Hail, as very hot weather prevails at the end of the week in these areas.

Difficult winds of dust on the Laith from Tuesday to Wednesday

Northwestern winds blow to the Laith region, which is active from Tuesday, and intensifies Wednesday, as it excites dust and dust, and thus low horizontal visibility at noon and afternoon. These winds are monsoons due to the depth of the depression in the Sudan, which causes an active wind speed in the northwest on the coasts. Al-Laith and southern Jeddah.