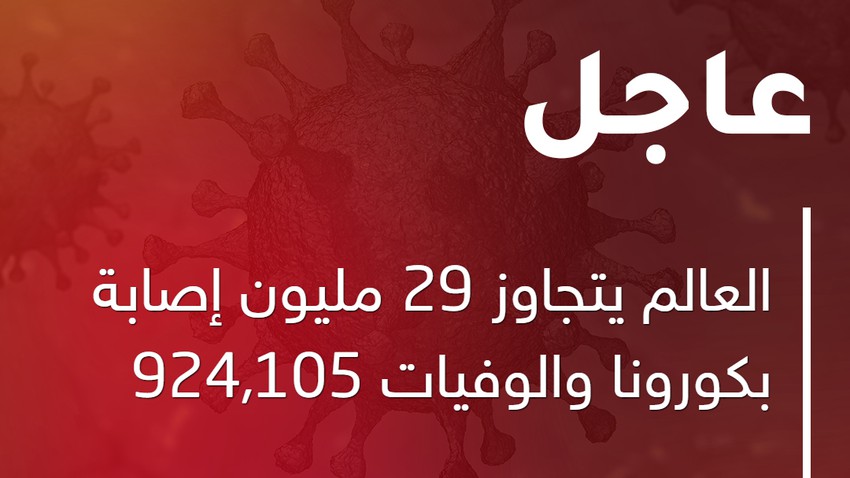 Arab Weather - The number of Corona injuries exceeded 29 million cases worldwide, reaching 29,006,033 as of ten in the morning on Monday, while the total number of deaths from it reached 924,105 cases .