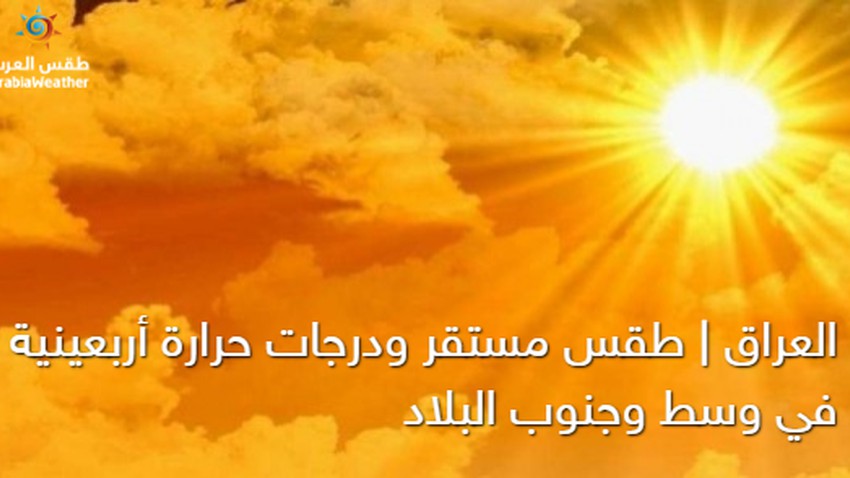 Weather of Arabia - The weather in Iraq will be stable on Thursday, with temperatures continuing to rise in the Kingdom, which is in the 1940s, in the center and south of the country.

Where it recorded in the capital Baghdad 45 degrees, while in the middle and late thirtieth degrees in the north and northeast of the country.

It is also expected that the western winds on the west of the country will be active with the afternoon hours, accompanied by strong donations sometimes, including the capital, Baghdad, which may sometimes cause dust in open areas.