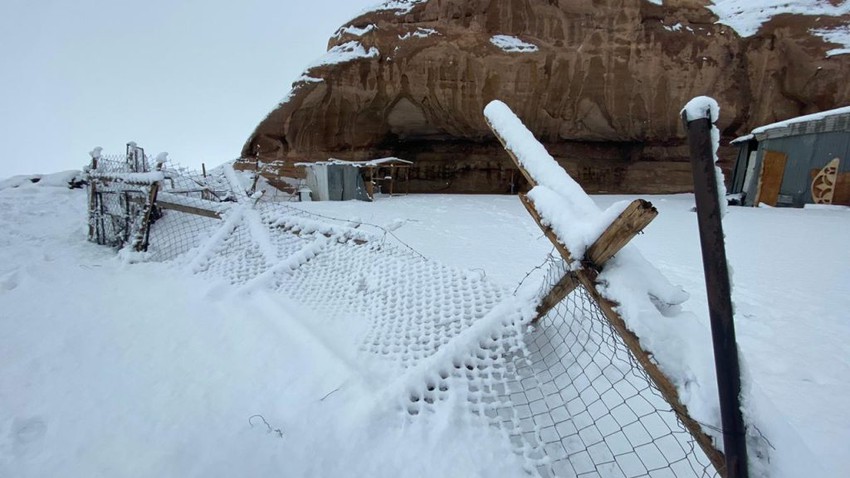 Arab Weather - Alaqan Heights in the Tabuk region, Tabuk, wore their white suit for the first time this year, after this night witnessed snowfall.

The following are some scenes from the Alaqan Mountains in the Tabuk region:

Beautiful view of camels with snowfall