On probation | After a long wait ... a rainy situation may affect the north of the kingdom next week 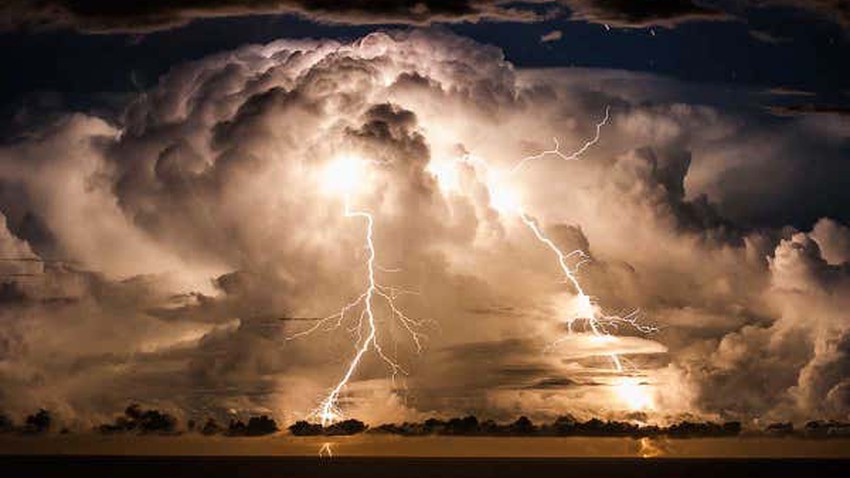 Arab Weather - Sinan Khalaf - indications are increasing that different parts of the north of the Kingdom will be affected in the middle of next week with a state of air instability, accompanied by rain and dust waves that are expected to affect large areas, according to the latest updates issued by the GFS and ECMWF numerical models, "We note Here, these initial expectations are subject to improvement or reversal during the next updates. "

In the details, it is expected that, God willing, the coasts of Tabuk and the surrounding areas will be affected in the middle of next week by a state of air instability, with which high and medium clouds will proliferate, and the opportunity will be created for thunderstorms of rain, God willing, and the patch of rain will spread quickly to affect various regions of Tabuk, parts of Al-Jawf and some Northern border regions.

In addition, these atmospheres are accompanied by strong, active winds with strong gusts of speed, which cause waves of dust, dust and possibly sandstorms in large areas of Saudi Arabia, thus reducing the horizontal visibility significantly in some areas ... more details in future reports.

Reasons for improved chances of rain in the coming days

The Arab Weather forecast staff attributed these possible weather fluctuations to the control of a high-pressure air system over the western and central Mediterranean and southern Europe, which will push the defense of cold basins and upper air depressions towards the eastern Mediterranean and the northern Red Sea.

The forecast staff indicated that these depressions may be associated with the crossing of cold air fronts over northern Saudi Arabia, thus forming thunderstorms.

The staff also expected a decrease in the strength of the air height that dominated Saudi Arabia during the past days, and thus improved chances of moisture penetration into the layers of the atmosphere over Saudi Arabia.

Saudi Arabia | Establishing Isha and Tarawih prayers in all mosques, not exceeding 30 minutes