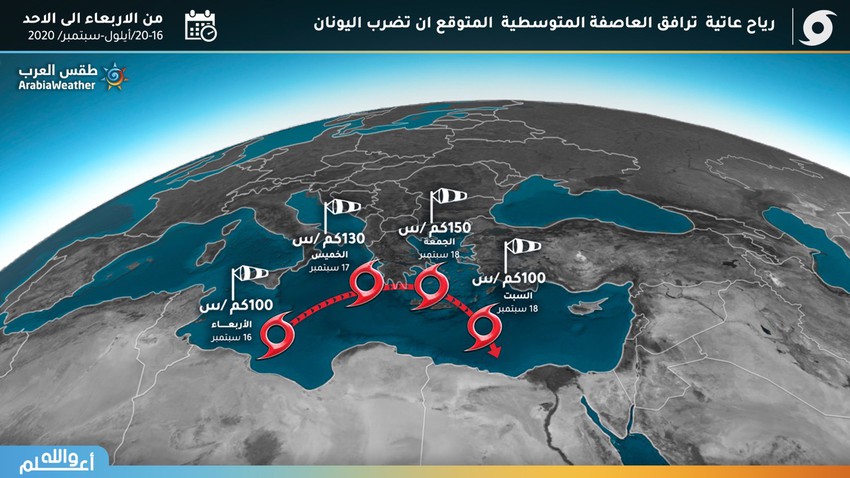 The projected path of Medium Storm Medicin and the affected countries

The storm "Medikin" is expected to move north towards the central Mediterranean, to gain on its way more strength and violence from the high temperature of the sea water, then towards the northeast, to affect directly Greece and then Crete.

Watch also: Has a hurricane ever formed in the Mediterranean?

The effects of the Mediterranean storm "Medikin" is expected to start on the western coasts of Greece as of Thursday evening in the form of thunderstorms loaded with large quantities of rain, accompanied by strong winds with gusts exceeding 150 km / hr, and then move east on Friday towards the Greek capital Athens and generally Regions of Greece.

It is expected that it will directly affect maritime traffic, and may cause ports to close due to the great rise in sea waves as a result of the strong winds associated with the Mediterranean storm "Medken".

On Saturday, expectations indicate that the intensity of the Mediterranean storm "Medikin" will recede and move towards the southeast towards the island of Crete. It is expected that it will be affected by strong winds, some of its gusts up to 120 km / hr, and to work on heavy rain fall sometimes, with activity.

We note that the Arab Weather staff will issue more talks about the storm movement and the areas of impact during the next 48 hours.