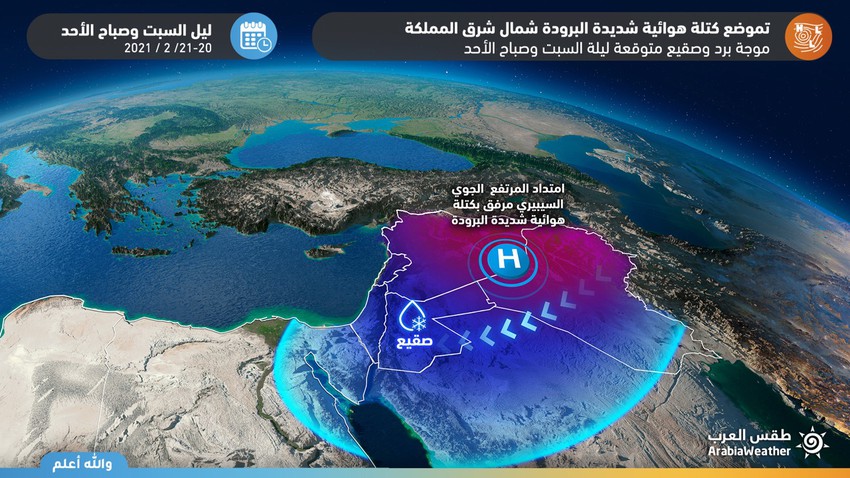 ArabiaWeather - Eng. Nasser Haddad - Expectations indicate that the Siberian air height will extend from the Levant Badia and large areas of Jordan, leading to the formation of frost, with the hours of Saturday / Sunday night and Sunday morning, so that temperatures approach zero degrees Celsius and maybe less in large areas of the Kingdom.

Arab Weather advises that you should pay attention while driving on roads that are still witnessing snow accumulations, especially over high mountain heights, due to the occurrence of freezing, especially at dawn and Sunday morning, and farmers also advise the need to protect agricultural crops in appropriate ways to prevent them from being damaged.

How is frost formed?

In contrast to freezing, which requires cooler temperatures (less than zero degrees Celsius), frost may occur at temperatures slightly above zero degrees (+3 degrees Celsius or less) on clear, stable nights and with calm winds, so the temperature drops significantly on the surface of the earth. And it becomes close to zero percent and at that time the dew drops freeze on metal surfaces, roads, or crops, and that will result in the formation of frost.