The quarterly `Arab Weather` forecast: a colder than usual winter, varying amounts of rain, and a high chance of snow in the capital, God willing. 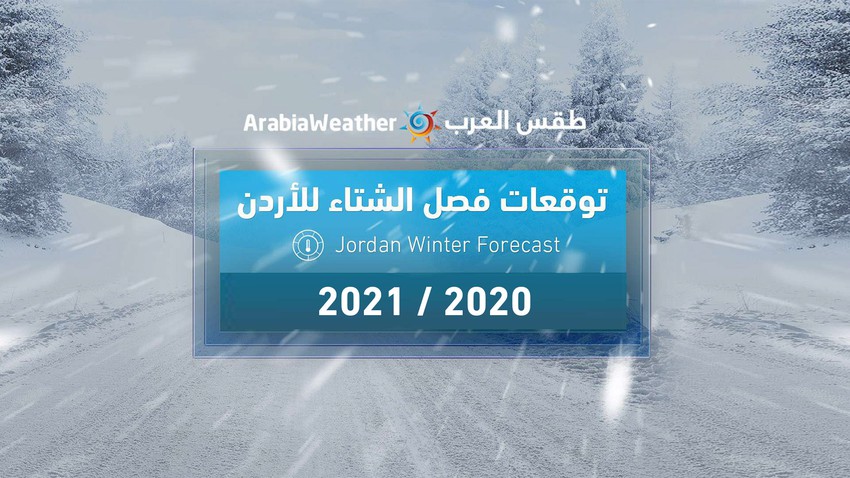 Winter forecast (Month 12 and Months 1, 2 and 3)
The quarterly "Arab Weather" forecast: a colder than usual winter, varying amounts of rain, and a high chance of snow in the capital, God willing.

Arab Weather Center - The results of the Arab Weather team's quarterly studies (long-term forecasts) and numerical modeling projections for that type of forecast indicate that the next winter 2020/2021, God willing, will be colder than usual, varying amounts of rain and a high chance of snow in the capital with permission Allah

The preparation of such seasonal forecasts depends on many factors, including the behavior of the atmosphere in the northern hemisphere during the past 6 months, in addition to the surface water temperatures of different water bodies in the world, and special software developed by "Arab Weather" is run on Super-capable computers to get the most similar years with what is happening this year, in addition to taking into account the results of the quarterly global numerical modeling to come up with quarterly forecasts based on statistical and analytical foundations that give an overview of the weather conditions expected to prevail in the coming months.

These quarterly expectations differ from the daily ones in that they are less detailed (more comprehensive), and are updated periodically and monthly, in addition to the fact that their accuracy sometimes is not at the high and hoped-for level. Many meteorologists in the world are busy trying to decipher the mystery of making accurate seasonal forecasts by conducting many researches in this regard, some of which are shared by the Arab Weather team.

The desired benefit of such quarterly bulletins lies in helping various sectors in early planning for the winter season, especially the agricultural sector, which builds its agricultural plans on such indicators, which sometimes help to reap and achieve profits by exploiting such information, in addition to To many other sectors that benefit from such expectations, such as the commercial sectors, the apparel sector, the energy sector, and others.

General highlights related to the winter of this year 2020-2021:

Quarterly forecast for each month:

Despite the recent spread of negative weather rumors in the community, and despite the "Arab Weather" team's prior knowledge that long-term weather forecasts may be interpreted beyond their useful course, the team decided to assume the responsibility of the responsible person to publish such quarterly bulletins while absolving him of any Interpretations that can be made by some outside the aforementioned range, believing in "Arab Weather" in the importance of this weather information for the different sectors mentioned above, and that such forecasts (seasonal forecasts) have become an integral part of meteorological science and services in the world for their role in preparing Early adaptation to the phenomena of change and climatic cycles.

Sunday | A slight rise in temperatures, as the weather remains generally cold

Tonight | Very cold polar winds are pushing towards the Kingdom, which are pushing down temperatures to 0 degrees Celsius in some regions