Satellite imagery of NASA monitors the largest sandstorm on Earth 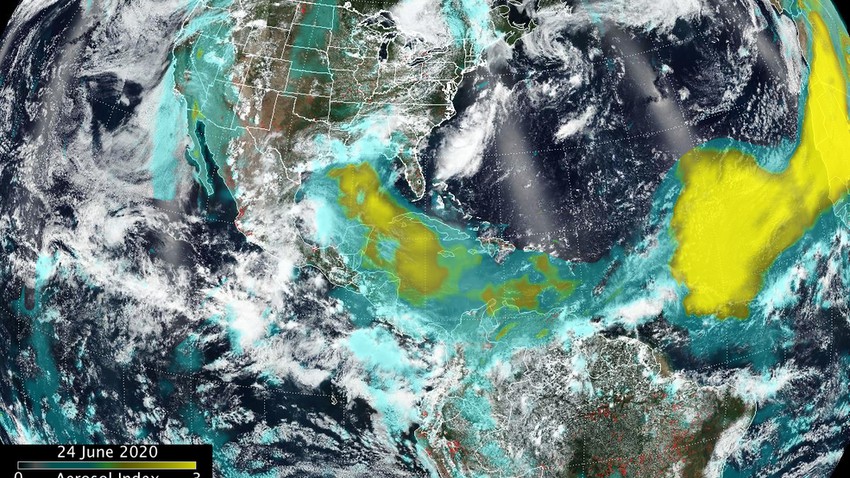 Weather of Arabia - NASA's satellite imagery detected a huge sandstorm moving over the Gulf of Mexico and spread to Central America and over a part of the eastern Pacific Ocean coming from the African desert.

And NASA indicated that the sandstorms from the Sahara desert across the Atlantic are not new, but what distinguishes this storm, which some called "Godzilla", is huge and very wide.

On June 18, captured images showed that the thicker parts of the massive dust storm extend 2,500 kilometers (1,500 miles) across the Atlantic Ocean. But by June 24, the column spanned more than 5,000 miles .

A huge sandstorm heads from Africa towards the Gulf of Mexico, crossing more than 5,000 miles over the ocean

NASA indicated that dust from Africa can affect air quality in remote regions such as North and South America, but dust can also play an important environmental role, such as fertilizing soil in the Amazon and building beaches in the Caribbean.

The dry and warm conditions and winds associated with the desert stratification from Africa can also prevent the formation and intensification of tropical cyclones .