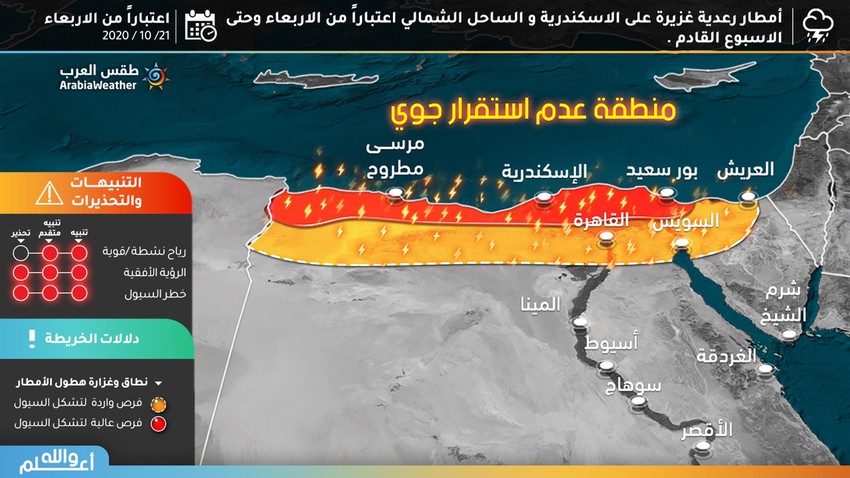 Weather of Arabia - Some northwestern regions of Egypt began to be affected by a state of air instability today, Tuesday, as thunderstorm clouds multiply on the coast of Marsa Matrouh, with expectations that the impact of the state of air instability will expand in the coming days to include major Egyptian cities such as the capital Cairo and the city of Alexandria .

Heavy thunderstorms on the northern coast, including the city of Alexandria

According to the latest weather updates, the areas most affected by the anticipated rain will be the northern coast and the city of Alexandria, where the state of atmospheric instability there is moderate to strong, and heavy thunderstorms of rain fall from Thursday and continue on a daily and intermittent manner with varying intensities until Sunday These rains raise the water level and cause floods.

Thunderstorms are accompanied by hailstorms, as well as activity in the speed of winds that cause dust and dust, and thus a decrease in the horizontal visibility.

The following is the chronology of the anticipated rainy situation and the affected areas:

Why is space so cold despite the blazing heat of the sun?