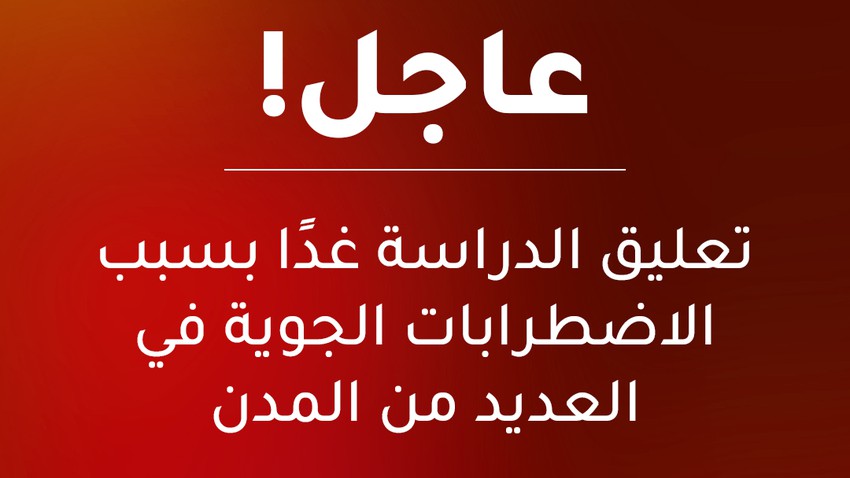 Arab Weather - Areas of the Republic of Egypt are affected during the day and tomorrow, Wednesday, by unstable weather conditions due to the eruption of a low air and a cold air mass in all layers of the atmosphere, and these weather disturbances result in showers of rain in northern and central Egypt in conjunction with lower temperatures.

Low and medium clouds multiply in the northern regions on Tuesday, and showers of rain will be heavy in some coastal areas, including the city of Alexandria, and gradually extend towards the interior regions and include the capital Cairo later in the form of sporadic showers of rain.

These unstable weather coincides with a drop in temperatures to be lower than their averages for this time of year, especially in the northern and central parts of the country. The capital, Cairo, records temperatures in the early twenties during the weekend.

Important advice from ArabiaWeather to deal with the expected weather conditions:

And based on expectations that indicate the existence of this unstable atmosphere tomorrow, it has been decided to suspend studies in the schools and universities of the following regions on Wednesday:

Egypt | A warm air mass affects the country during the weekend

Egypt | After the cold weather and rain, a wave of warmth will affect the country as of Friday and will deepen more early next week