The most important weather features associated with the effect of a strong, exhausting and long-lasting heat wave! 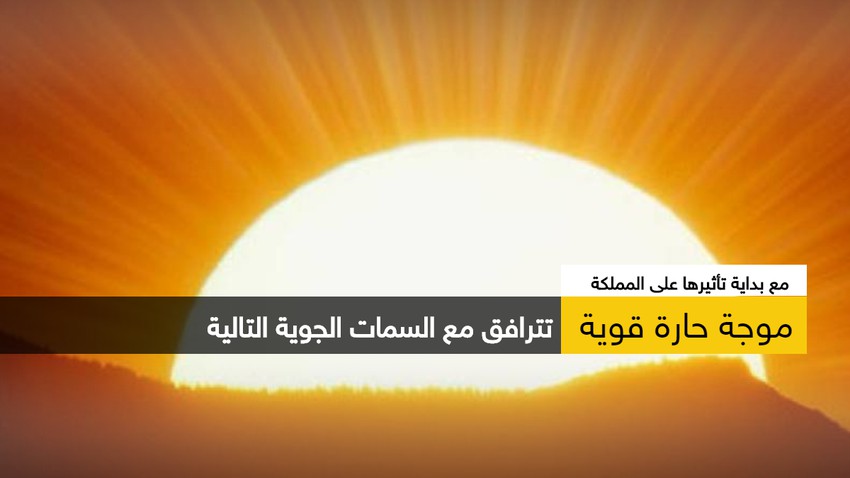 Weather of Arabia - entered the Kingdom from Saturday (August 29, 2020) within the impact of a strong, exhausting and long heat wave caused by the gradual effect of a very hot air mass rushing from the desert of the Arabian Peninsula towards the Levant and its effect increases on Sunday and Monday and continues to affect throughout the current week at least

The most important atmospheric features associated with the effect of a strong, exhausting and long-lasting heat wave:

The weather will be dry and hot, with low surface humidity and hot dry weather during the day, while the weather will be warm to relatively hot and also dry with the night hours during the current week; The fact that the heat mass affecting the Kingdom and causing the heat wave from a desert source from the Arabian Peninsula.

It is noteworthy that a very hot air mass is gradually pushing from the desert of the Arabian Peninsula towards the Levant, including the Kingdom, which will lead to a tangible rise in temperatures from Saturday, intensifying Sunday, and temperatures become much higher than their usual rates for such a time of year. The weather is expected to turn hot and dry in general in most regions, and very hot in the Jordan Valley, the Dead Sea, the Gulf of Aqaba and the Badia regions.

Details of the heat wave affecting the Kingdom through:

A strong, exhausting and long heat wave that starts on Saturday and gradually intensifies Sunday and Monday may be associated with unprecedented values.