Jordan-Statistically | The variety of weather events during the month of November, and many rainy events 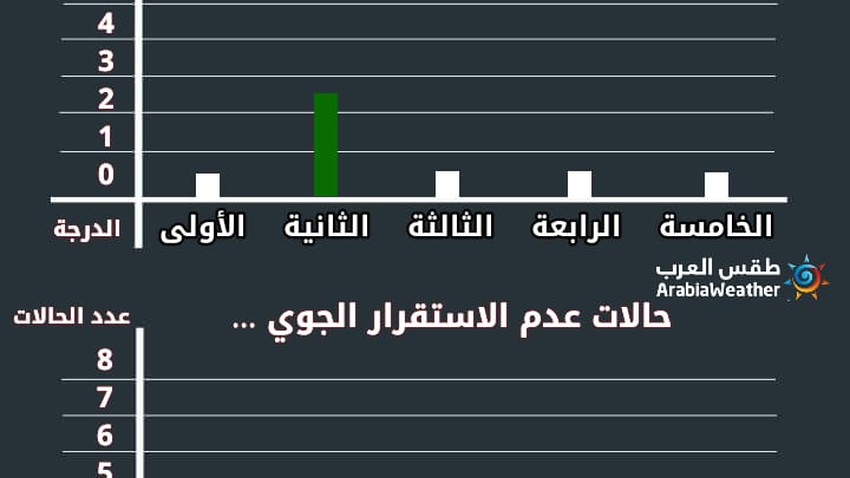 Weather of Arabia - Weather events varied during the month of November, and the Kingdom was affected by the first depression of this season, and air instability imposed its control over the Kingdom and brought large quantities of rain, thanks to God, and the various regions of the Kingdom exceeded their usual rain rates for the month of October.

1-2 / November / 2020 A strong state of air instability : The month of November began with a strong state of air instability, which focused on the southern and eastern regions of the Kingdom and included the city of Aqaba in the first place. From rain, hail and thunderstorms in the south and east of the Kingdom, causing torrents to run in low-lying areas.

4-5 / November / 2020 a second-class depression (normal) : The kingdom was affected in the first week of November by the first depression of this season, which brought with it a cold winter atmosphere, and heavy rains fell in the north and center of the Kingdom, which spread less sharply towards the northern parts of the south of the Kingdom. The depression also caused excellent amounts of rain, the highest of which was in the west of the capital Amman, where the amount of rain reached 65 mm, thank God.

15 / November / 2020 A second-class depression (normal) : The kingdom was affected in mid-November by two depression for this season, which brought with it the clear drop in temperatures and the prevalence of relatively cold weather during the day and cold at night, and heavy thunderstorms fell in the north and center of the Kingdom that extended to some Regions are sparse.

20-21 / November / 2020 A moderate to strong case of atmospheric instability : The Kingdom was affected in the last third of November with a moderate / strong state of air instability that brought with it heavy rains towards the north, central and southern highlands of the Kingdom.

25-26 / November / a cold and humid air mass, which led to the emergence of a moderate state of atmospheric instability : The Kingdom was affected by a combined air condition that was in the form of unstable weather conditions classified as medium intensity that brought with it a clear drop in temperatures and precipitation of thunderstorms in parts Many from the kingdom.

Number of depressions by class:

Number of atmospheric instabilities by severity: