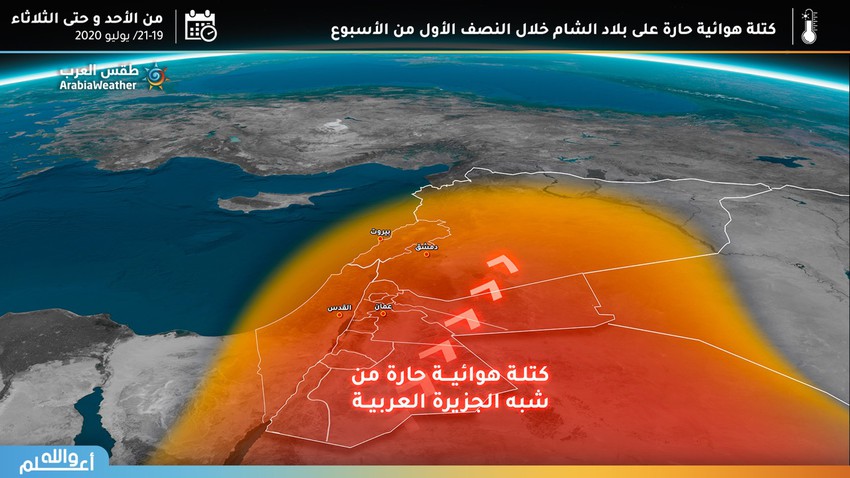 Weather of Arabia - a hot air mass coming from the Arabian Peninsula is rushing towards the Kingdom, after which temperatures rise during the first half of this week, as hot weather prevails to very hot throughout the regions during daylight hours, while it is warm at night.

The intensity of the hot air mass decreases from Wednesday, but the weather remains hot in all regions and temperatures are higher than their annual levels, and the weather continues to be warm at night during the remainder of this week.

And wind blows west during the coming days, working to increase the levels of surface moisture, which will increase the feeling of heat, especially with the influence of hot air mass during the current week.