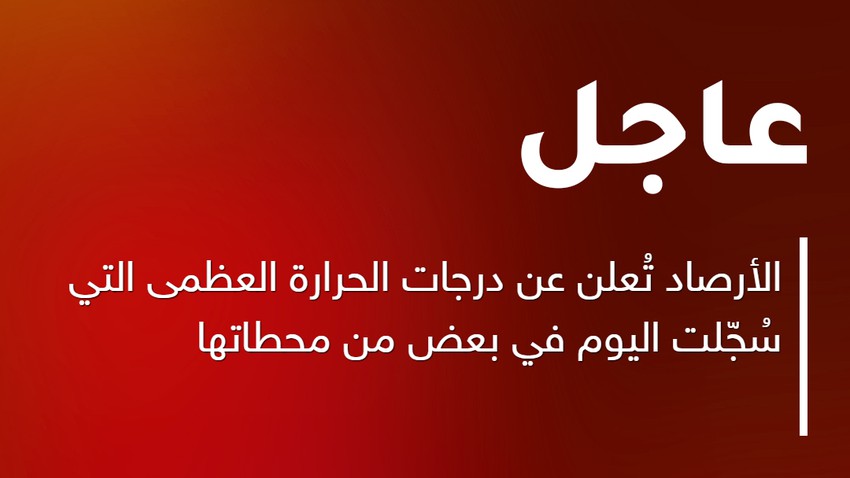 Arab Weather - Temperatures in the Kingdom are witnessing a significant rise; As a result of the Kingdom being affected by a heat wave, its impact on the Kingdom started since yesterday, Saturday, and will continue until the end of the week.

The temperatures touched forty in some areas and exceeded them in others, this afternoon, Sunday, and following the maximum temperatures that were recorded today in some of the Jordanian meteorological stations:

The highest temperature recorded in the regions of the capital, Amman, was 43 ° Celsius at Queen Aley Airport, followed by Qweismeh by 41.1 ° Celsius, then Amman Civil Airport by 42 ° Celsius, then Downtown by 41.3 ° Celsius, Jubeiha and Al-Hussein Gardens by 39.2 ° C.

It is noteworthy that the heat wave will have a long and exhausting effect in the coming days, as the weather continues to be very hot in general in most regions of the Kingdom with the maximum temperatures approaching 40 degrees Celsius in many cities and villages, including the capital, Amman.

More details about temperatures during the coming days and for how long will their effect last, by subscribing and viewing the forecasts from 6-30 days, available through the Arab Weather application in its new version