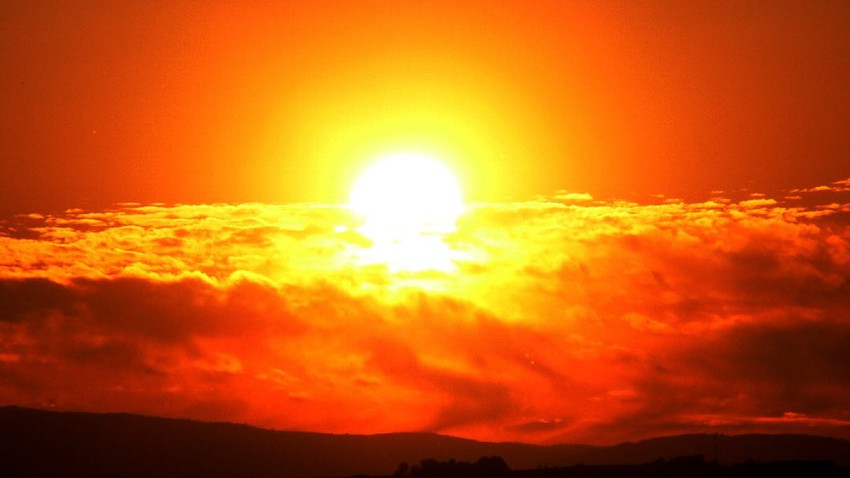 Weather of Arabia - The Kingdom continues to be affected by a severe and standard heat wave that is among the longest and strongest in the history of the Kingdom, as extremely hot weather prevails in most regions of the Kingdom throughout the days of the current week, due to the continued control of a very hot air mass from the Arabian Peninsula region over the air of the Levant. Temperatures rise to forty in most regions, especially on Sunday and Monday.

The temperatures decrease slightly on Tuesday and Wednesday while remaining higher than their annual rates by about 8 degrees Celsius, and the weather continues to be very hot in all regions, so that it is at the end of the thirties and the beginning of the forties during the daylight hours, while the weather is warm to relatively hot hours at night.

And quantities of medium and high clouds appear on a daily basis in the afternoon and afternoon, which may cause thunderstorms of rain in a light and random way.

The latest weather updates indicate signs of an intensification of the heat wave again on the Kingdom on Thursday, so that the temperatures return to become higher than their rates by about 10 degrees Celsius, and the weather is very hot and exhausting in the day while it is relatively hot at night.

The arrival of dense swarms of locusts to the capital, Amman, and the effect of winds on their movement

Watch a video of some locust swarms that entered the capital, Amman