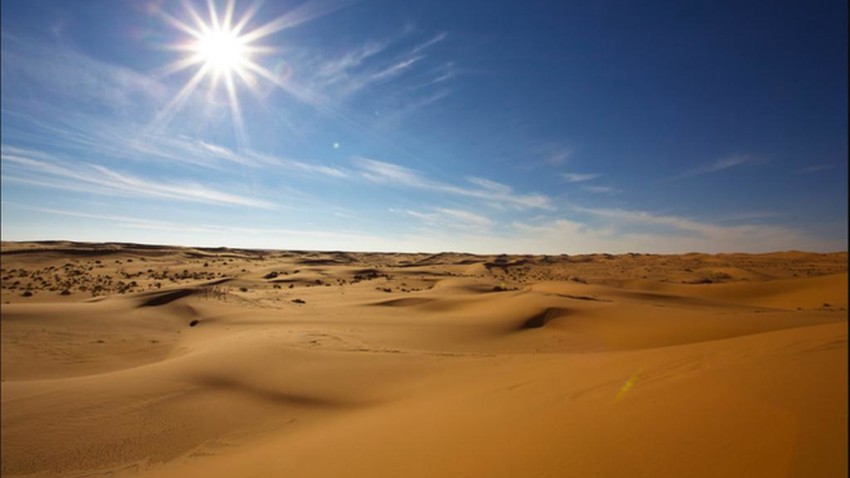 Arab Weather - The Kingdom is still under the influence of a strong, strong and long heat wave, as very hot and exhausting weather prevails throughout the current week, with varying intensity from day to day, and warm to relatively hot weather prevails during the night hours in most regions.

Despite the prevalence of hot weather, temperatures will rise further on Monday compared to Sunday, and will be forty in all regions with the exception of the high mountain peaks in Sharah, where they are thirtieth, and temperatures are more than 10 degrees Celsius higher than their annual rates, and dry weather prevails Due to the low levels of surface humidity due to the blowing of dry easterly winds coming from desert areas.

The temperatures will drop slightly on Tuesday, with the weather remaining very hot and the temperatures above their levels for such time of year, and due to the blowing of westerly winds, the surface humidity levels will rise, which will increase the feeling of heat.

Medium and high clouds multiply in random areas of the Kingdom, and light and sporadic showers of rain will fall, especially in the eastern region and the southern desert at noon and afternoon hours.