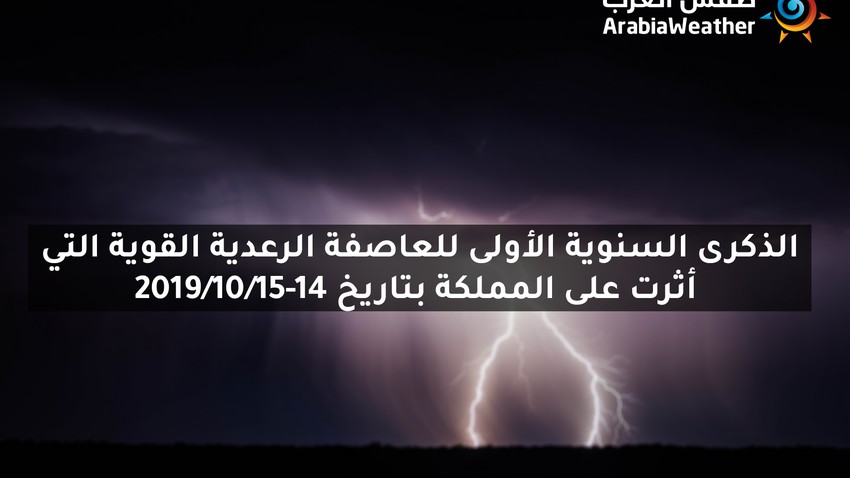 What is the reason for the formation of the thunderstorm that affected the Kingdom?

What is the cause of the instability that led to this storm?

It was caused by the meeting of a cold air mass with a hot air mass, which caused the formation of thunderstorms, starting from the southern regions around 7:00 pm, and they were moving slowly towards the central regions

A radar image before a violent thunderstorm entered the central regions

Watch this lightning strike that led to power outages in Mahes!

What is the scientific reason for the formation of this storm?

The reason for the Kingdom being affected by thunderstorms is the rush of a cold upper basin across the Mediterranean towards northern Egypt, as the Red Sea depression expands towards the Kingdom, and this results in the activity of the East in various regions with active gusts over the mountains.

As a result of the concentration of an air high over the Arabian Peninsula, humid air currents rush through the Arabian Sea through subtropical African regions towards Egypt and the Levant, and due to its association with a relatively hot air mass, the high humidity will be confined to the middle and high air layers, which means the formation of medium and high clouds Interspersed with cumulus clouds

These active air currents are known as downward winds, coinciding with the blowing of thunderstorms, and they are active to strong speeds that may raise dirt and dust densely in desert areas.

A picture from the Tabarbour area, a strong thunderbolt

In conclusion, we ask God to help us and water us from the best

Jordanian Health: 855 injuries and 26 new deaths from the Corona epidemic - may God have mercy on them all