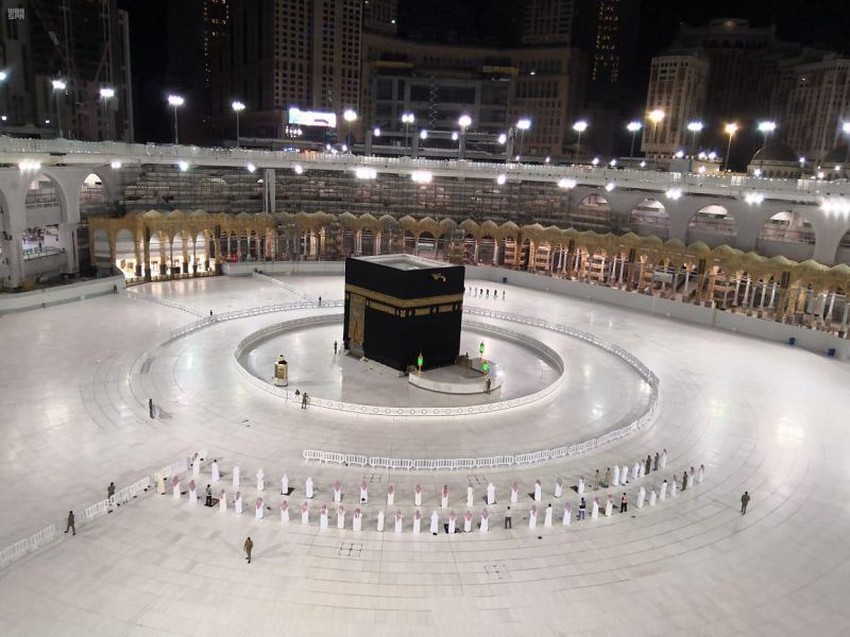 Saudi Arabia | Starting from Sunday ... 9 procedures that you must adhere to before entering the campus to prevent Corona

Arab Weather - The Presidency of the Affairs of the Two Holy Mosques has set nine procedures that citizens and residents must adhere to while performing prayers at the Grand Mosque, starting from next Sunday.

According to "Sabq" newspaper, the preventive measures to enter the Grand Mosque are summarized as follows:

The General Presidency for the Affairs of the Grand Mosque and the Prophet’s Mosque announced its readiness, starting from next Sunday, to receive 220 thousand pilgrims and 560 thousand worshipers throughout the second phase of the Umrah, which continues over a period of 14 days, in the midst of an integrated system of services provided by the Government of the Kingdom of Saudi Arabia for those visiting the Two Holy Mosques .

And he will be able to perform the prayer in the Grand Mosque in Mecca according to the second stage, 40 thousand worshipers and 15 thousand pilgrims per day, representing 75% of the total capacity, which takes into account the health precautionary measures of the Great Mosque of Mecca.

Suqia || It is the name of the rainy state expected to affect the Kingdom as of Wednesday, November 25, 2020