Sudan | The `Nile` is the highest level in a century, and unprecedented floods displace thousands of people and 88 deaths 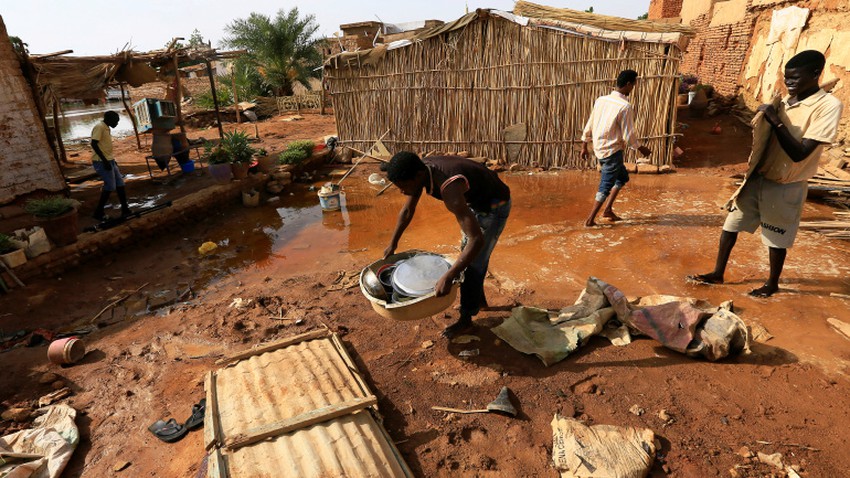 Weather of Arabia - The water of the Nile River continues to flow to some neighborhoods of the Sudanese capital, Khartoum, after the water level and its main branches rose to a record level, which is the highest in 100 years and by more than 17 meters.

And it caused the destruction of dozens of homes and the displacement of hundreds of citizens, as flood waters completely submerged the Wad Ramli area, about 40 kilometers north of Khartoum, forcing the residents of the area to flee to a nearby temporary camp .

Sudden collapse of the Butt Dam on the Blue Nile in Sudan, destroying more than 800 houses

In turn, the head of the Sudanese Sovereignty Council, Abdel Fattah Al-Burhan, called on the authorities to establish special emergency rooms to arrange aid for those affected by the torrents and floods .

And the Sudanese Ministry of Interior announced that the death toll from the floods caused by the torrents and rains during the current season has reached 88 deaths and 44 injured, in addition to significant material damage, since the beginning of the autumn rainy season last June.

The Sudanese Ministry of Irrigation and Water Resources announced last Thursday that the level of the Nile’s water had reached an unprecedented high for 100 years, and expected the floods to continue in the coming days.