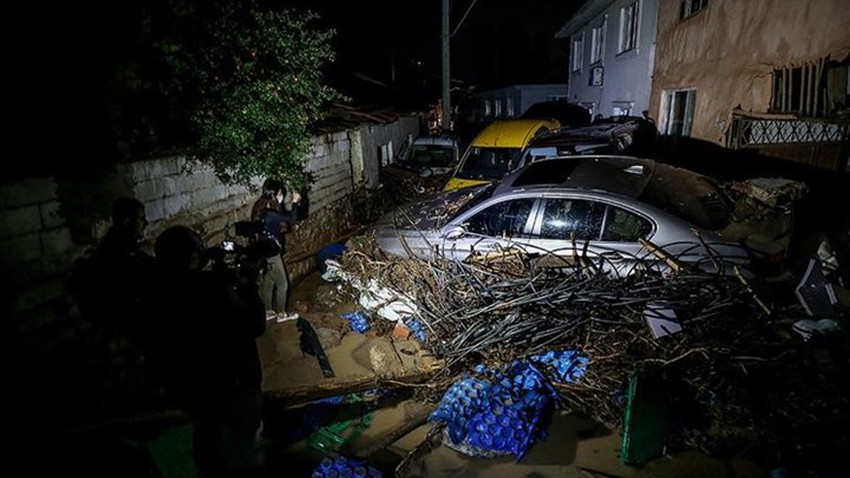 Arab Weather - Floods in the northwestern province of Bursa after heavy rains caused the death of 3 people, and another missing.

The floods caused severe damage in the area, as dozens of houses were flooded, damaged thousands of agricultural lands and bulldozed a large number of vehicles and cars in the village.

It is noteworthy that the heavy rain during the past week, caused torrential rain in several regions of northwestern Turkey.