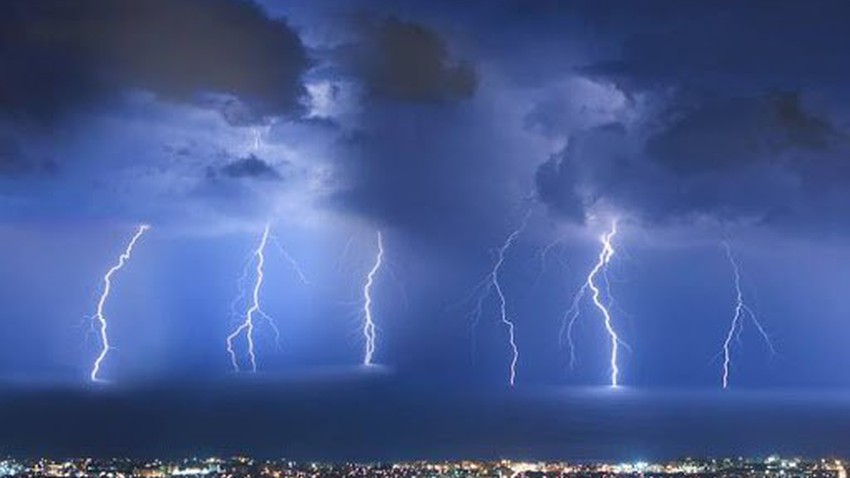 Weather of Arabia - The southern parts of the country, in addition to parts of the central governorates, including the capital, Baghdad, are still under the influence of unstable weather conditions, as during the past two days it was affected by moderate to heavy rain showers sometimes and torrents formed in some areas and worked on a high water level in Basra and Dhi Qar and its environs, as well as parts of the north and east of the country.

According to satellite images , the cold front began to move from the northwestern regions of the country towards the region in conjunction with the rush of warm and humid southern currents from the Arabian Sea, so it is expected that the intensity of the thunderstorms will increase with the coming hours from Saturday night until Sunday, so that it is associated with the formation of descending winds in the foreground and forming The cold suburbs of the capital, Baghdad, the southern and eastern governorates, the suburbs of Maysan, Basra, Dhi Qar, and Basra, extending to the north of the country near Yali and Kirkuk and around it.

It is expected that strong thunderstorms will form in some areas that will work on the flow of valleys and the formation of torrents in valleys, reefs and some low-lying areas, which requires taking utmost care and caution, and with the hours of Sunday evening, the beginning of the decline of the weather conditions and the decline of rainfalls from various regions, God willing.