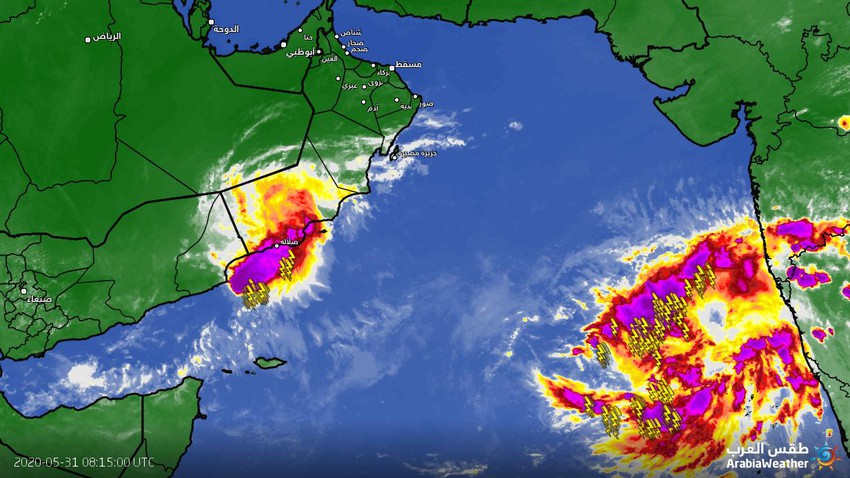 Weather of Arabia - On Sunday morning, the tropical air depression centered over the West of the Amman Authority, moving slowly in the coming west towards the Yemeni lands slowly, and pushing more rain clouds from the Arabian Sea towards both West Amman and East Yemen during Sunday and Monday.

Heavy rains are expected to continue on the coasts of Dhofar, the city of Salalah and eastern Yemen during the next two days before the depression fades on Monday, but the effects of its residual effects continue until the end of the week on both Yemen and southwestern Saudi Arabia.

On the other hand, a new air depression has begun to form off the coast of western India, and it is expected that the coming hours will intensify and move north, as the latest weather updates indicate that the majority of this air depression will be parallel to the coast of West India before entering the land northwest of India last week.

Update 3:40 pm | An additional increase in thunder clouds in the eastern region, and the chances of rain will continue for the coming hours