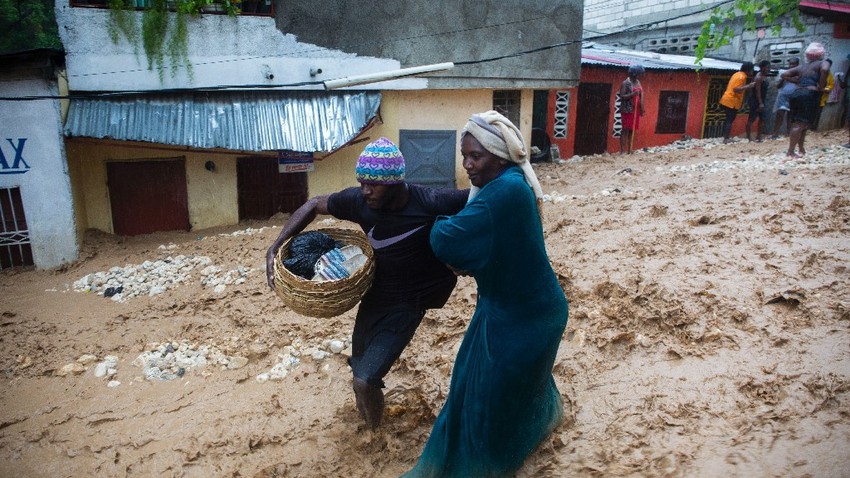 ArabiaWeather - Tropical Storm "Laura" has caused the death of at least 12 people in Haiti and the Dominican Republic, while Hurricane Marco continues to advance towards the southern United States .

It is also expected that the storm "Laura" on Tuesday will turn into a hurricane that may hit the same region of the United States, after it caused floods in Haiti and the Dominican Republic, which killed 12 people. The National Hurricane Monitoring Center said, "Laura may move to the central and northwestern Gulf of Mexico on Tuesday and Wednesday evening. "

Storm Laura, which is advancing at 33 kilometers per hour, reached Cuba on Monday night .

The storm swept through Cuba with winds reaching 146 kilometers per hour and waves of more than three height, and the winds caused material damage to the surfaces of the plates in question and some houses, and trees uprooted, without any casualties so far, according to the official press .

In Guantanamo and Santiago, about 120,000 people were evacuated as a precaution to nearby housing and shelters for such cases .

As storms "Laura" and "Marco" approach the coasts of South America ... the government evacuates thousands of residents.

12 deaths in Haiti and the Dominicans

In Haiti, 9 people died due to the storm "Laura", while two were considered missing, according to the latest announced toll.

Several rivers overflowed their course in Haiti, causing major floods that cut off traffic on major roads in the country .

Three people died in the Dominican Republic as the storm "Laura" passed, which also caused floods and deprived a million people of electricity, according to the authorities .