Know with maps of the areas that have been completely banned in the capital, Amman Arab Weather - Based on the recommendation of the Corona Crisis Cell at the National Center for Security and Crisis Management, the Committee for the Sustainability of Work, Production and Supply Chains decided today, Monday, to isolate areas in the neighborhoods of Al-Salihin and Al-Muqabilin and Umm Nawara in the capital Amman, and the town of Balama in the governorate of Mafraq, and the town of Musasa in the governorate of Jerash, and impose A comprehensive curfew in these areas, as of six o'clock in the morning on Wednesday, corresponding to the seventh of October 2020, for a period of a week, due to the poor epidemiological situation in them. The possibility of extending the isolation decision and the comprehensive curfew in the above areas will be considered later, in light of the developments in the epidemiological situation there. The governors of the capital, Mafraq and Jerash were authorized to make the necessary decisions to enter the supply chains, to issue the necessary permits when necessary, and to deal with humanitarian and emergency situations in the region.

The following are maps of the neighborhoods that have been completely banned in the capital, Amman: 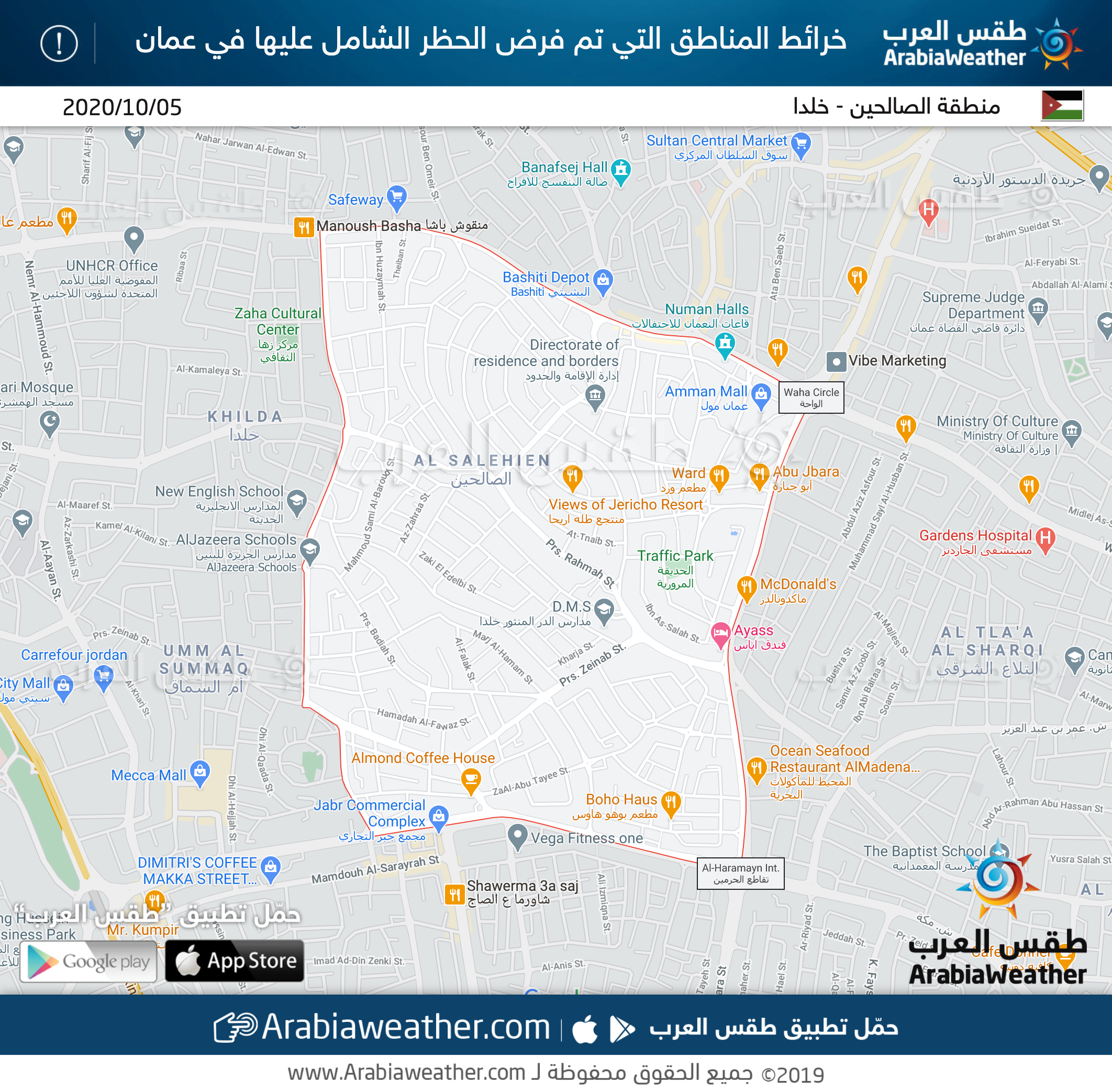 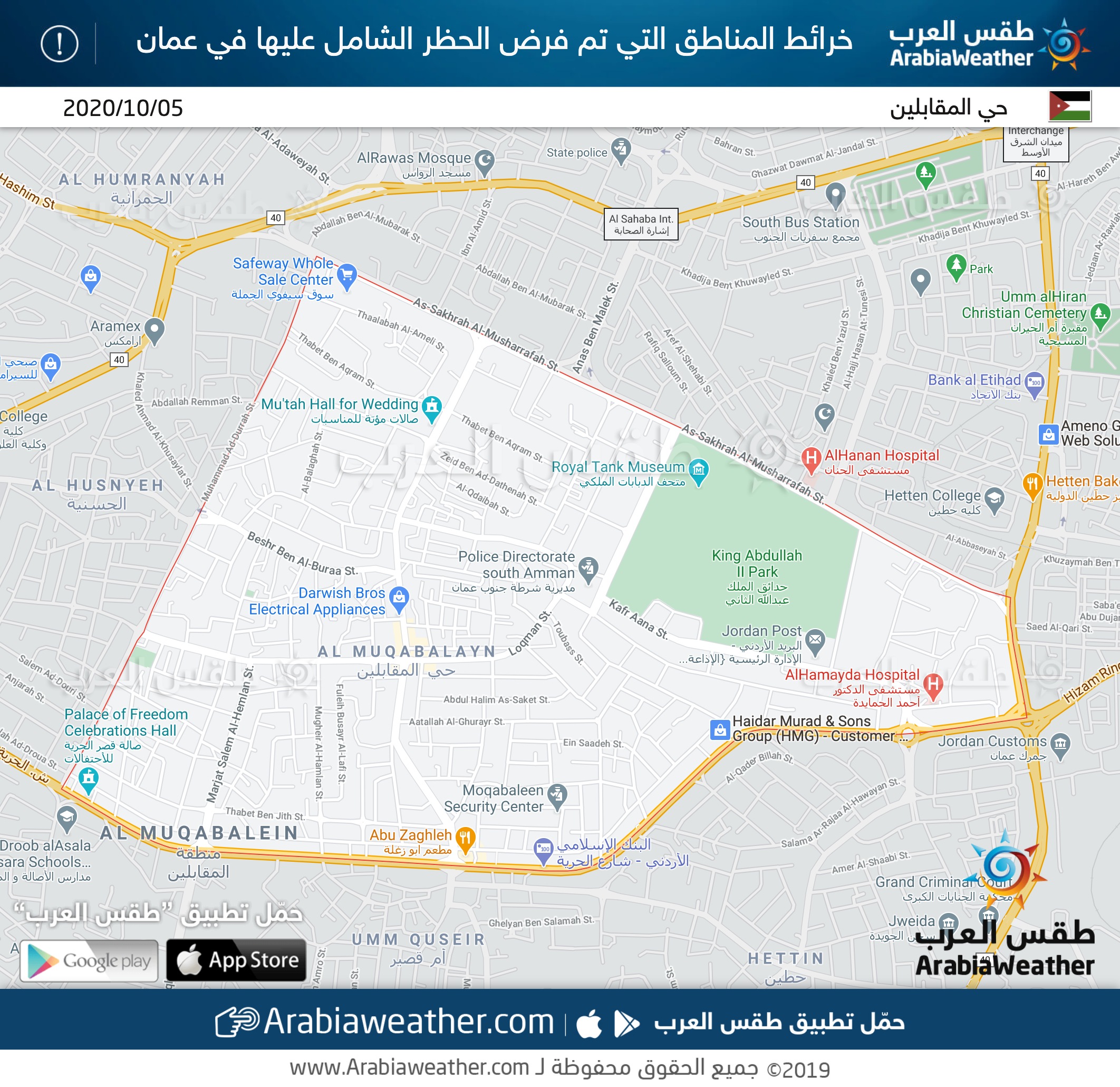 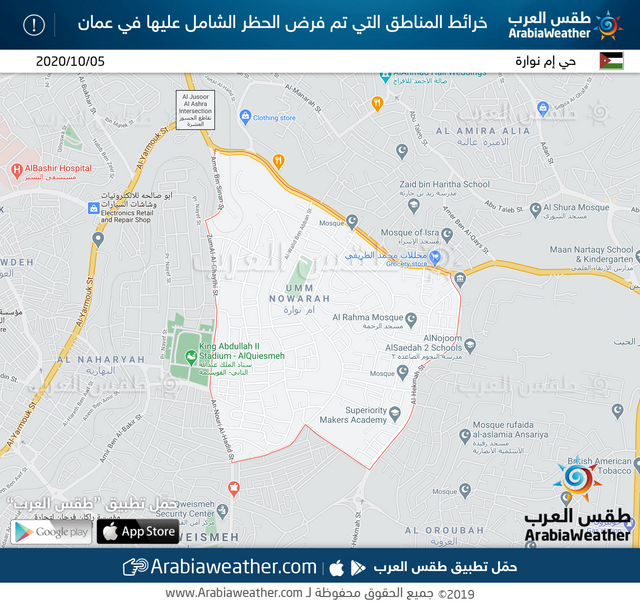