Torrential torrents in Algiers, and warnings of continuing 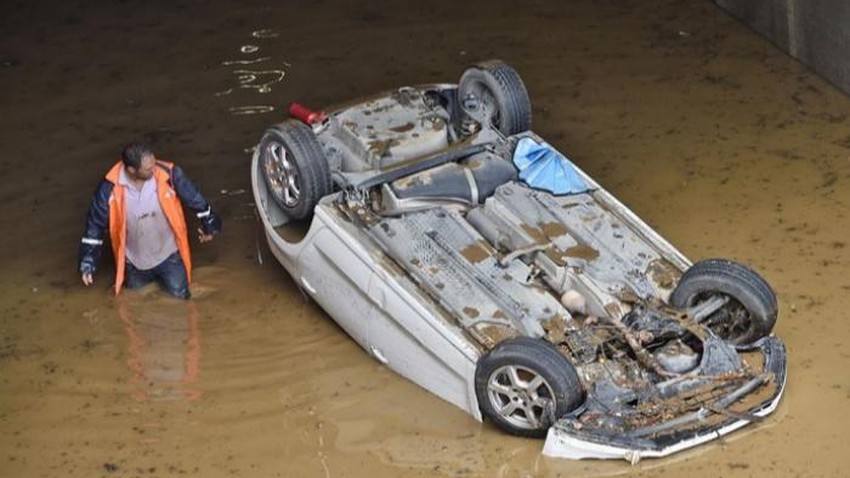 Weather of Arabia - The torrential thunderstorms that have fallen on Algeria since Monday night have caused floods that flooded a number of streets and homes in several Algerian cities, and caused the death of a child.

The information in charge of the Algerian Civil Protection Agency, Nassim Bernaoui, stated that a child died after being swept away by torrential rain in the city of Mila (350 km east of the capital, Algiers).

The capital, "Algeria", is the most affected by the weather fluctuations, as entire neighborhoods were submerged in them, while cars were washed away by pouring water and traffic was paralyzed.

Citizens published many photos and videos that affected the country, some of which are as follows: