Video and photos | After they were displaced by record floods, tens of thousands of Sudanese are waiting for aid 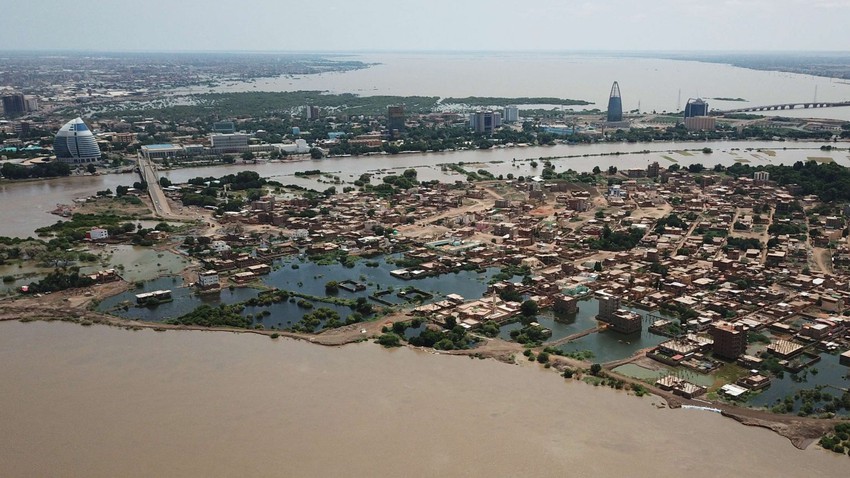 Weather of Arabia - The Sudanese authorities and the United Nations are working to provide aid to tens of thousands of people who lost their homes due to record floods on the Nile, but many of the displaced people who set up tents on the roadsides and in high lands are desperate from the time it reaches them.

The official Sudanese News Agency reported that the government has allocated more than 150 million Sudanese pounds (2.73 million dollars) to help the flood victims.

The United Nations High Commissioner for Refugees said it had sent, with the support of the UAE, 100 metric tons of relief materials, including blankets, that would be distributed in 12 states.

The Ministry of the Interior announced that the floods had caused at least 102 deaths and destroyed or damaged tens of thousands of homes. The authorities declared a state of emergency three months.

Idris Ahmed, who lost his home to the floods while standing next to tents in southern Khartoum, said the government was not providing enough support.

Residents crowded into boats to inspect their homes, as water flooded parts of the capital, Khartoum, such as Totti Island, located at the confluence of the White and Blue Rivers.

The UNHCR said in a statement that about 85,000 displaced people and 40,000 refugees were affected by floods in Khartoum, eastern Sudan, along the White Nile and in the troubled Darfur region, and that they were in urgent need of assistance.