What is the difference between depressions and instability? 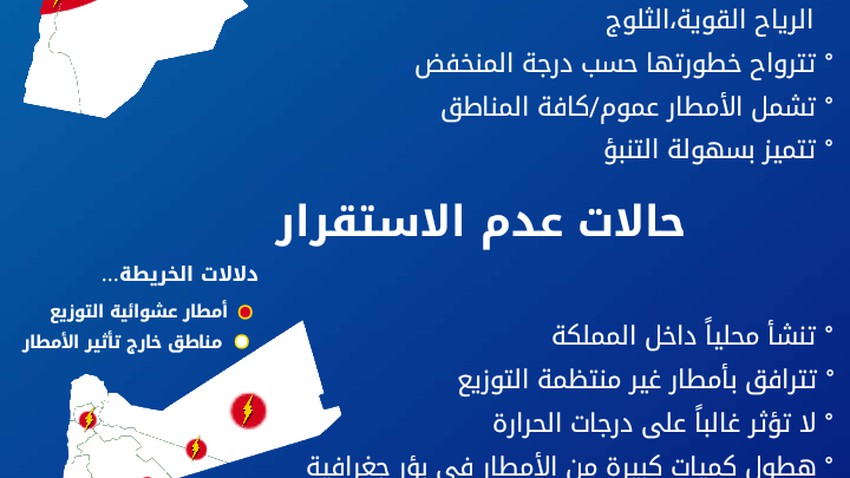 Arab weather - depression and instability are two terms that appear frequently in weather forecasts, and each has features and effects that differ from one another from the other, so you can know the difference between low air and instability through the report.

It originates in certain regions and moves / moves towards the Kingdom.

It is accompanied by regularly distributed rain.

• It affects the temperature according to the coldness of the air mass associated with it.

• Large quantities of rain are associated with frequent periods and in large areas.

• The depression is accompanied by heavy rain, the occurrence of thunderstorms, hail showers, strong winds, and snowing.

• The danger of the depression varies according to its classification and degree.

• Precipitation includes all / all regions in the strong and extensive depressions.

• It is characterized by ease and accuracy of prediction.

• It arises locally within the Kingdom.

It is accompanied by rain of irregular distribution.

It is characterized by the precipitation of large amounts of rain in narrow geographical foci and for a short period of time.

They are accompanied by heavy rain, strong thunderstorms, hail showers of different densities and sizes, downwinds, and snow in rare cases.

• Precipitation includes different parts and does not affect all / all regions.

It is often considered dangerous, according to its severity.

• It is difficult to predict and sudden.