Important | New details about the polar mass and forecasts of snow, rain and dust waves in these areas 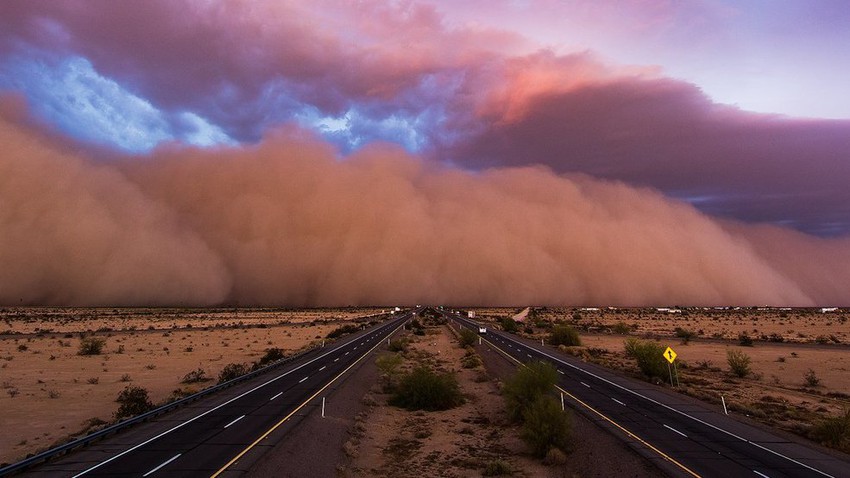 Arab weather - Sinan Khalaf - a very cold, polar air mass, which can be described as the most wet and cooler at the same time, is currently centered over the European continent, and is expected to descend towards the eastern basin of the Mediterranean and the Levant region, as of Tuesday evening, carrying With it heavy rain and heavy snow for parts of Jordan, Palestine and Syria, and the Kingdom of Saudi Arabia will not be far from the consequences of this polar eruption, which will affect it in the form of snow, strong winds, dust and showers of rain.

"If you are browsing from the phone, you can download the new Arab Weather application that provides accurate weather forecasts for thousands of regions in the Kingdom, in addition to notifications, urgent news and many special services. Click here "

Our latest weather forecasts in Arab weather indicate that there are high opportunities, which are considered the first of their kind for this year, for snowfall in both Tarif and Qurayyat, in conjunction with the passage of the polar air mass into the region's airspace from Wednesday evening, and continue at intervals until Thursday morning, accompanied by temperatures Very low, approaching zero percent, and here we would like to point out that these expectations are not fixed until now and are subject to change, negatively or positively, so we recommend that you follow up on updates and reports issued by Arab Weather first hand.

It affects Jeddah and the coasts of the Red Sea, Hail and Hafar Al-Batin

The coastal parts of the Red Sea are affected by unstable weather conditions, which begin to affect the region gradually as of mid-Tuesday / Wednesday, and it is expected that its impact will include some coastal areas from Tabuk, passing through Al-Wajh, Majj, Yanbu and Rabigh, and reaching the city of Jeddah at dawn and morning on Wednesday, as is expected That the chances of rainfalls extend to the inner parts of Medina and Makkah, and extend to Hail and Hafar Al-Batin area, and it will be randomly moderate to mild intensity in general.

Raising dust waves in large areas of the Kingdom

In details, it is expected that the general region of the Levant and the far north of the Kingdom of Saudi Arabia will be affected  In an air depression on Wednesday and Thursday, this depression will push, after God’s will, strong winds towards all regions of the northern, central and eastern regions of the Kingdom, the speed of some of its gusts reaching 85 km / hour , and these winds are capable of forming wide dust waves accompanied by a significant decrease in the horizontal visibility.

As for the areas covered by forecasts of strong winds and dust, they are all from Al-Jawf, the northern borders, the Hail region and Al-Qassim, and up to the capital Riyadh, but in a weaker way, in addition to large parts of the eastern region and the coasts of the Arabian Gulf that witness turbulence in the sea and a rise in waves in addition to the dusty weather in general.

Danger of severe winds that gust up to 85 km / h