224 solar eclipses the Earth will witness during the 21st century 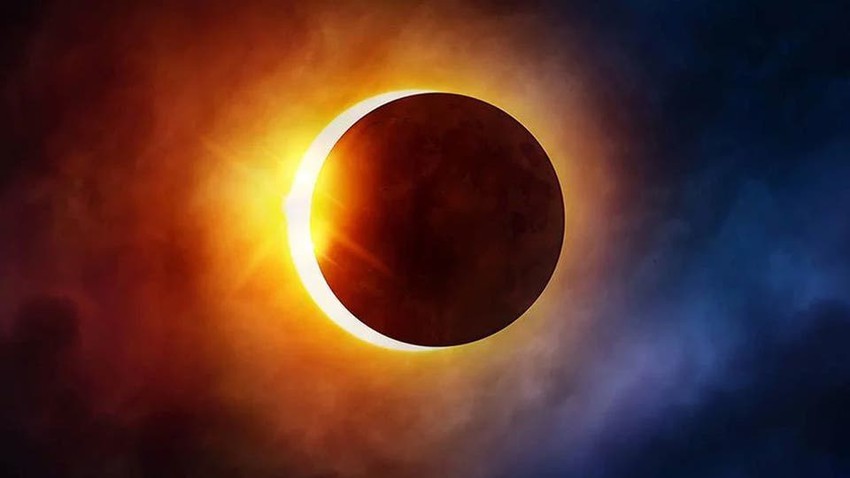 Arab Rite - The head of the Egyptian Institute for Astronomical Research, Gad El-Kady, affirmed that the twenty-first century (between 2001-2100) will witness 224 solar eclipses.

The eclipses will be divided as follows: 77 partial eclipses, 72 annular eclipses, 68 complete eclipses, and 7 mixed eclipses.

In pictures Scenes from the partial eclipse of the sun in a number of regions of the Kingdom Sunday, June 21, 2020

On Sunday morning, June 21, the world witnessed the first eclipse of the sun in the year 2020, where a partial eclipse was seen in southeastern Europe and Asia, except for northern and eastern Russia - northern Australia - Africa, except for the southern and western part of it - Indonesia - Micronesia - the ocean Pacific - Indian Ocean.

While annularly was seen in different regions in the Congo - Central African Republic - Ethiopia - Pakistan - India - China - South Sudan - Eritrea - Yemen - Oman and the far south of Saudi Arabia, and at the height of the annular eclipse the moon disk covers about 99% of the entire sun disk, The next annular eclipse will be on June 10, 2021.

With video A rare scene of a solar eclipse