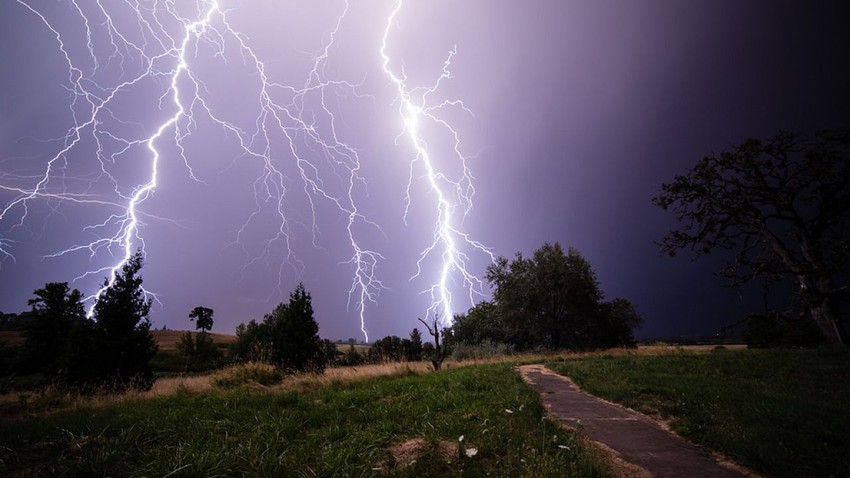 Arab Weather - 13 Yemenis were killed, and 21 others were injured by lightning strikes in the governorates of Amran and Hajjah, in the west of the country, during the past 24 hours.

And the Yemeni news agency Saba quoted the head of the emergency committee in Amran province, Abdul Rahman al-Malhani, as saying that "thunderbolts struck separate areas in Hajjah province during the past twenty-four hours, which led to the death and injury of a number of citizens."

And Reuters news agency quoted a local official in Amran province as saying that a thunderbolt struck a funeral for women, killing six women and wounding about 19 others.

Official sources in the mountainous Hajjah governorate, northwest of Yemen, said that seven people were killed and eight others were injured on Saturday evening, as thunderbolts struck several areas in the Houthi-controlled governorate.

Many areas of Yemen are currently witnessing, since the middle of last month, torrential rains, torrential rains and thunderstorms, which have claimed dozens of lives, displaced a number of residents, and caused severe damage to service infrastructure and health facilities.

On August 12, the United Nations announced the death of 77 people due to heavy rains and floods that hit Yemen within two weeks.