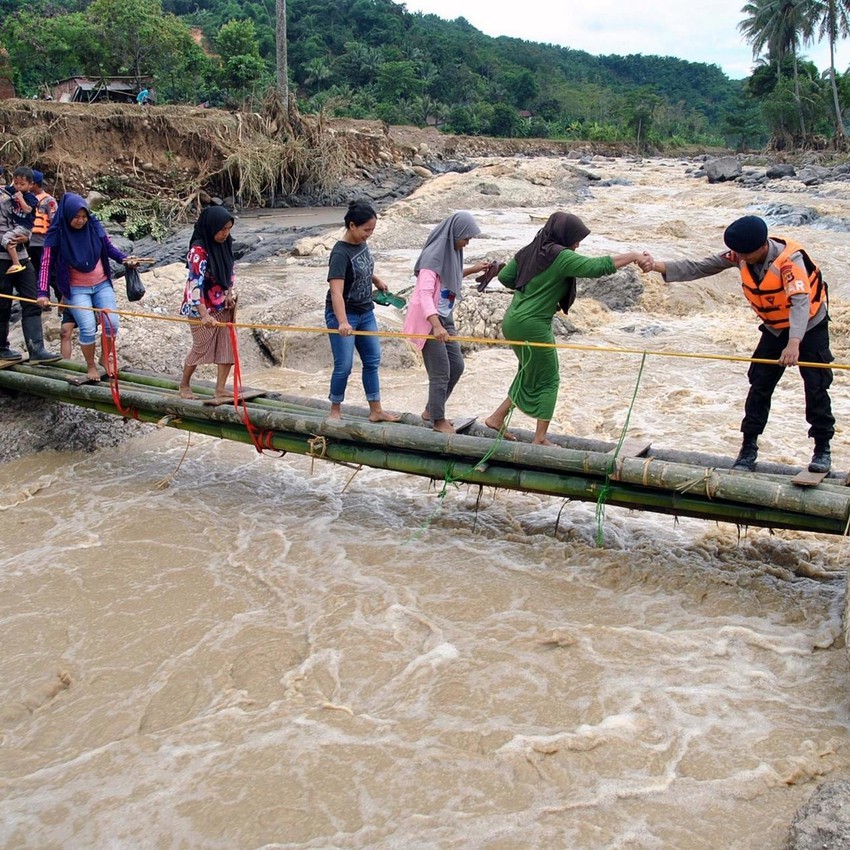 36 deaths due to floods in Indonesia, 66 missing

Arab Weather - The death toll from the floods in Indonesia's South Sulawesi province reached 36, on Friday, with the number of people who went missing climbing to 66.

A total of 14,483 people reside in 76 evacuation centers in the regions of Masamba, Piponta and Sabang.

And the floods started, on Monday evening, due to heavy rains that caused the flooding of three rivers, and television footage showed dozens of houses submerged in dense mud all the way to their roofs.

Indonesia is often subject to floods and landslides, especially during the rainy season.