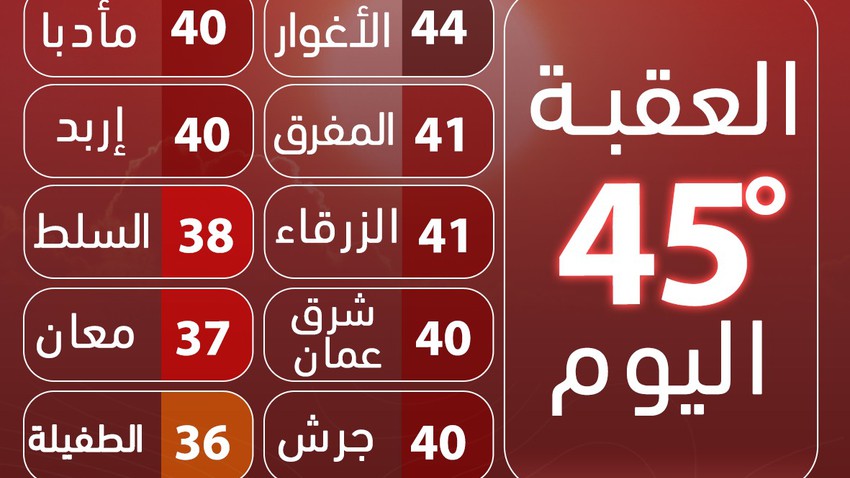 Arab Weather - By 4:00 pm on Sunday 28-8-2022, which is the time of recording the highest temperatures, many regions of the Kingdom, including the capital, record temperatures approaching 40 degrees Celsius, as part of the Kingdom's impact on the heat wave and its hot air mass. . The following are the latest temperatures recorded from Arab weather stations and the Meteorological Department: