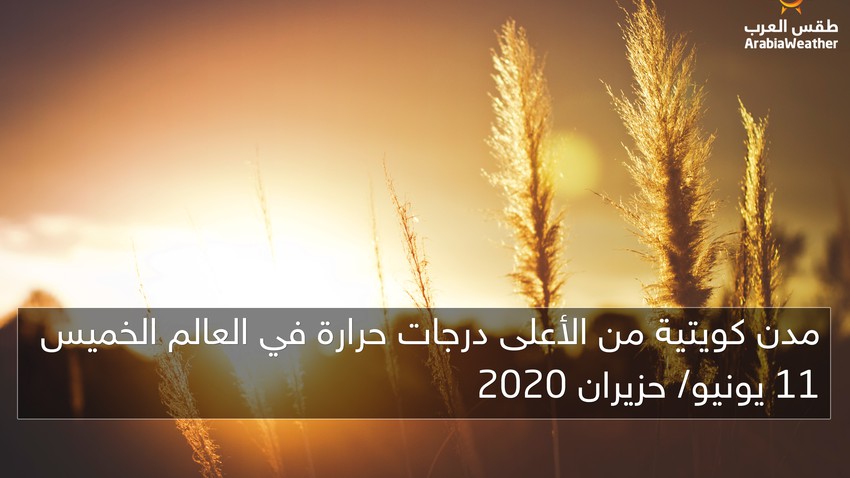 Arab Weather - Today, Thursday, June 11, Arab cities recorded the highest temperature in the world, and most of them were from the State of Kuwait, according to international weather monitoring stations.

The Crusader city in Kuwait came in second place with a score of 48.7 ° C, followed by the city of Jahra in Kuwait in third place, with a temperature of 48.6 °, then the Kuwaiti city of Al-Worfa fourth, where it recorded 48.5 ° C.