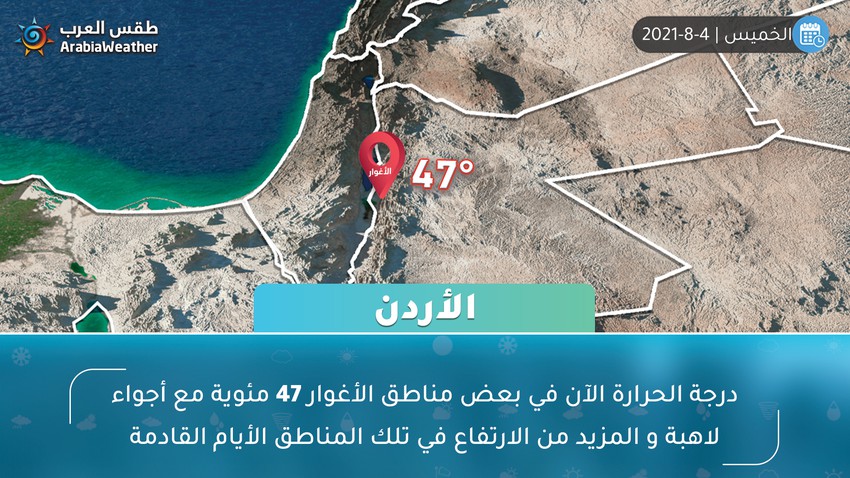 A scorching atmosphere currently prevails in the Tidah areas of the Jordan Valley, where these areas are affected by severe effects of the hot air mass.

It is expected that the Jordan Valley, the Dead Sea, and parts of Aqaba will be more affected during the next two days, amid expectations that temperatures will approach 50 degrees Celsius in some of those areas. Temperatures are expected to decrease somewhat from Friday, with the weather remaining warm in general.

In light of these conditions in the Jordan Valley, it is recommended: