7 stars who will not be present in the 2022 World Cup .. including Mohamed Salah 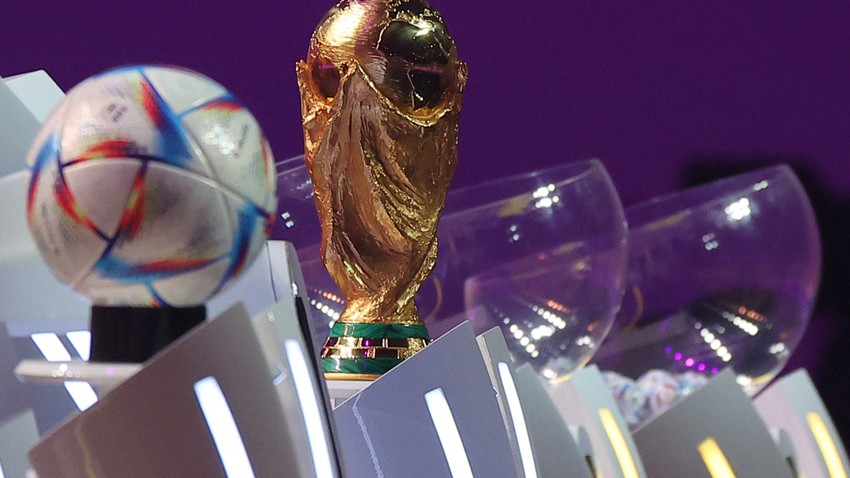 Weather of Arabia - The French "Full Super" website published a report in which he talked about the most prominent football stars who will be absent from the Qatar 2022 World Cup.

The report indicated that many football stars will not participate in the 2022 World Cup, which will be held in Qatar; Some teams were eliminated despite having world-class players in their ranks.

And the site reported that Manchester City striker, Erling Halland, will be one of the most prominent absentees from the 2022 World Cup. The rising star has never participated in an international competition with his country, and the Norwegian fans had high hopes for him and his fellow talented young players such as captain Odegaard, Arsenal playmaker, but suffered a blow in the decisive match against the Netherlands; Where I was eliminated in the last minutes of the match.

The site stated that Ivorian midfielder Frank Kessie, who joined Barcelona this summer from Milan, who helped him win the Italian League, will not be able to participate in the 2022 World Cup due to the exclusion of Côte d'Ivoire in the qualifiers, which is a significant decline in the performance of one of the best football teams. football on the African continent.

Among the most prominent stars absent from the football wedding next fall, the Italian Marco Verratti, Paris Saint-Germain midfielder; Where Italy was eliminated from the play-offs at the hands of the modest team Macedonia. Although the Italians dominated in that match from start to finish, they evaded them in the last minute, when they conceded a fatal goal. Italy was to face Portugal in the final qualifying match, thus, Cristiano Ronaldo's companions faced the Macedonian team and beat it.

Like his colleague Verratti, as the site indicated, Italian goalkeeper Gianluigi Donnarumma will be denied participation in the World Cup, and the Paris Saint-Germain goalkeeper will not be able to play this World Cup after Italy, European champions, failed to qualify for the second time in a row, as they were also absent. About the previous edition of the competition in Russia 2018.

It seems that Italy has the lion's share of the stars absent from the World Cup; One of the victims of Italy's disappointing exit against Macedonia will be Chelsea playmaker Jorginho, who specifically failed to qualify his team for the final stages of the World Cup when he missed a decisive penalty against Switzerland, in the last game of the group.

According to the site; The qualifiers for the World Cup in Africa witnessed some big surprises; Where Algeria was eliminated by the lions of Cameroon, and thus Mahrez and his colleagues will not be able to defend the colors of their country in the World Cup, although Algeria plays a beautiful ball and has always played great matches during the World Cup, as is the case in the 2014 World Cup epic with the exclusion of Musharraf against Germany in the round Second. Despite winning the 2019 African Cup of Nations; Riyad Mahrez will not be able to delight football fans with his magical left foot during the next World Cup.

The site concluded its report by saying that the Egyptian star, Mohamed Salah, is undoubtedly the biggest absentee from the World Cup, as the Liverpool star will not participate in the World Cup in Qatar after the exclusion of his country in the play-offs at the hands of Senegal, the African champion, who had also defeated Egypt in the World Cup final. Africa of Nations a few months ago, thus preventing Mohamed Salah from participating in another World Cup after the 2018 World Cup.