A fourth degree polar depression brings accumulated snow to the capital and several areas of Jordan, starting from Wednesday afternoon 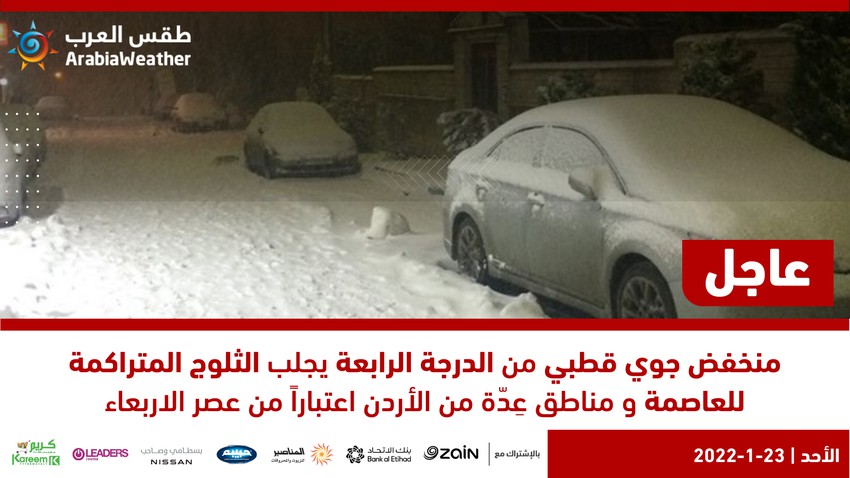 Weather of Arabia - The Kingdom begins and from Wednesday is affected by the strongest air depression for this season, which is classified as a fourth degree, which is the degree of a highly effective air depression, which will be accompanied by several weather phenomena, which we review with the following points:

In the details, the Kingdom crosses a snowy polar air front starting from the afternoon hours of Wednesday, so that the temperatures drop quickly and the weather is very cold, stormy and cloudy, and snow falls starting in the afternoon hours above the mountainous heights that are more than 800 meters above sea level and It includes several areas of the capital and other major cities and is associated with the occurrence of thunder sometimes. The precipitation will be less than that height in most areas, accompanied by showers of hail.

This winter and snowy weather continues in the mountains with a height of more than 800 meters on Wednesday night/Thursday and during the day on Thursday, and the snow will be accumulating, in conjunction with the formation of fog due to the clouds touching the surface of the earth.

Because of this expected weather condition, Arabia Weather issued a series of alerts: