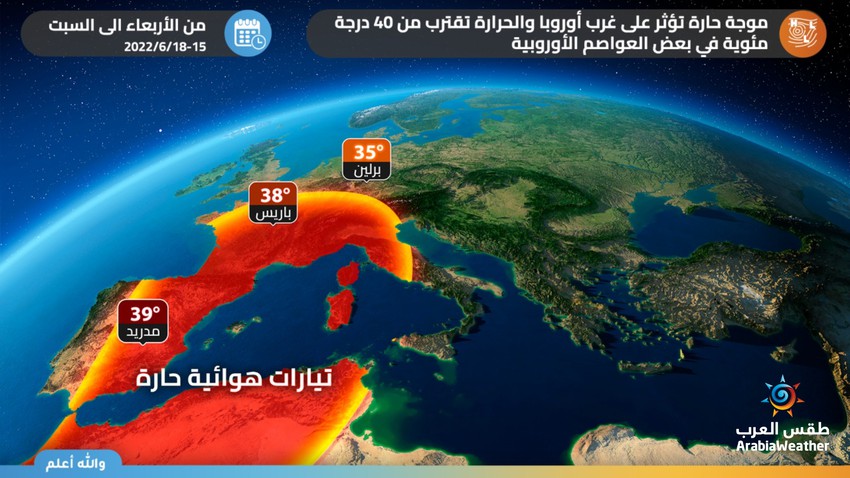 Arab weather - the southwestern parts of the European continent are actually starting to be affected by a hot air mass, which is expected to gradually penetrate towards the western parts of it, bringing with it an atmosphere completely unusual for these areas, which are characterized by their mild weather at this time of the year and are considered a destination for tourists.

Weather maps, through the Badr system developed by Arab Weather , show the beginning of the extension of a hot air mass of African origin that rushed from the African desert, and is expected to spread to large parts of western and central European continent at the end of this week, causing a stressful heat wave amid indications of the continuing impact of this wave. Hot until the middle of next week. 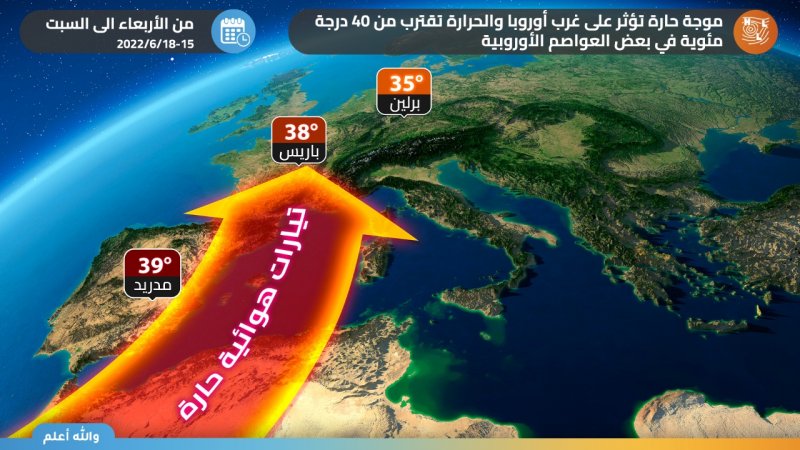 According to Arab weather forecasts, the heat wave is expected to directly affect Spain, France, Germany and the surrounding countries, bringing the temperatures in those areas to exceed their normal rates by more than 10 degrees Celsius, to bring about hot, exhausting and dry weather, with temperatures approaching 40 degrees Celsius in the capitals of these countries. European.

It is noteworthy that the African continent is the source of heat waves affecting the European continent, as the upper air rise has rapidly begun to intensify over North Africa during the past two days and is expected to continue its rush to center over the western European continent at the end of the week, so that this stubborn air rise in the upper layers of the atmosphere is working on Heating the air in the lower atmosphere due to a dynamic process called heating under pressure, by rebounding rising air currents from the earth's surface, and emitting "sunken currents" causing a sharp and significant rise in temperatures.