Weather of Arabia - A video clip captured by aerial photography showed a stunning scene of the fire movement as it exploded and rotated in a hurricane-like wind storm, as it moved through the open mountain ramps in the US state of California, and a man could be heard describing the scene from a helicopter, as "the biggest hurricane I have ever seen in my life." ".

The horrific scene was a massive fire that broke out on the evening of Wednesday (August 10) producing a so-called "fire tornado" or ("firenado") fast-moving that spread over approximately 150 acres northwest of Los Angeles County, California, USA.

The video posted on local news site KTLA showed large amounts of air being sucked into a fiery vortex-like tornado.

What is a fiery tornado and how does it happen?

Fire tornadoes, also known as "fire whirl", occur when intense, rising heat mixes with strong winds. This results in the fire spinning upward, causing the tyres to fan more as the hurricane draws in more air and debris as fuel.

The United States Department of Agriculture's Fire Service defines a fire whirlpool as "a rotating vortex column of hot air rising and gases rising from the fire, carrying smoke, debris, and flames into the atmosphere."

The fire swirls range in size from less than one foot to more than 500 feet in diameter. And the strength of the large fire whirlpools is close to the intensity of a small hurricane.

In the Los Angeles 'SamFire' fire, dry fuel from trees and plants combined with rising winds from intense surface heating from hot weather ignited the fire and formed a fiery vortex.

You may also be interested in: Learn about the most powerful firestorms..the weather phenomenon that explodes fires in forest fires

The fire did not threaten any building, as it broke out over a rugged hilly area, however, as a precaution, the California Highway Patrol closed Highway 138 for some time.

Another effort to fight the biggest fire in California this year

The Sam Fire comes as California continues to battle the 1,000-acre McKinney Fire, the most intense and largest wildfire in the state this year.

The fire broke out on July 29 in the Klamath National Forest in northern California, and more than 3,000 firefighters were assigned, with the fire contained 75% as of Wednesday. 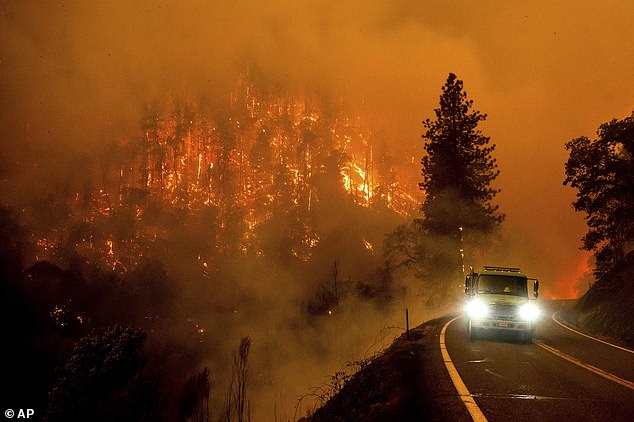 The massive McKinney fire killed four people, injured seven, destroyed 185 residential and commercial buildings, forced thousands to evacuate, and part of Interstate 96 was closed due to the fire.

The Department of Natural Resources said the fire killed tens of thousands of fish along a 20-mile stretch of the Klamath River, where rags died after an influx of debris lowered oxygen levels in the river. 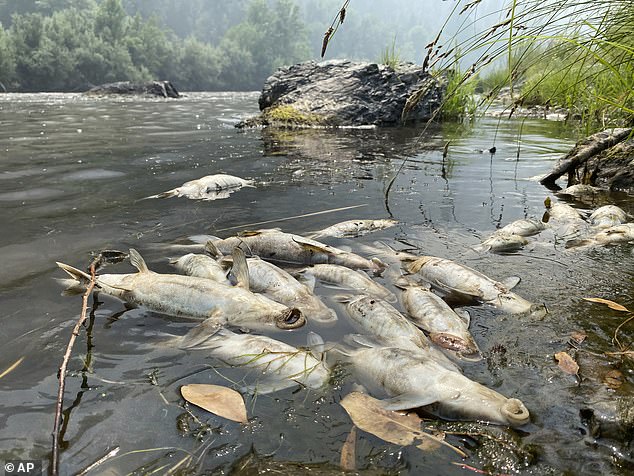 5 points: A summary of what the weather will look like in Jordan from now until the end of the week