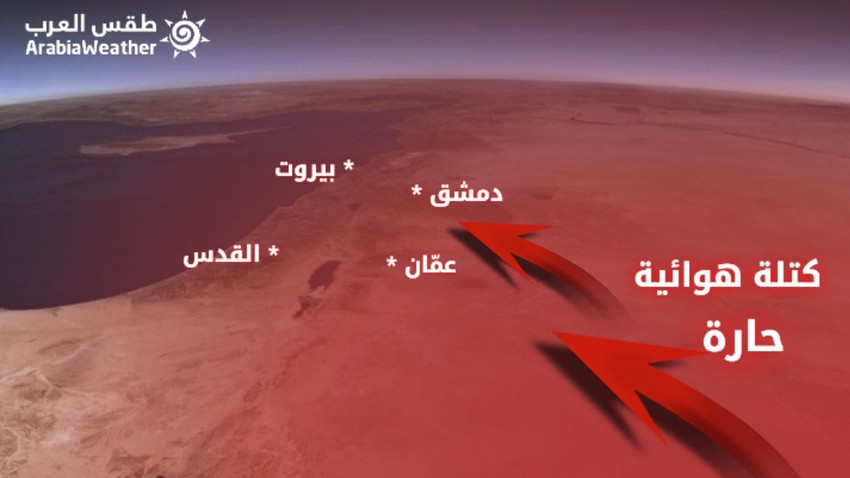 Weather of Arabia- The latest outputs of the numerical models indicate the rushing of a hot air mass coming from the Arabian Peninsula towards the Kingdom and the region from tomorrow, Thursday, where a clear rise occurs in temperature and relatively hot spheres generally prevail and are remarkably hot in the Jordan Valley, Dead Sea, Aqaba and eastern parts of The kingdom during the day and during the night hours temperatures rise compared to the previous nights and the weather is warm and mild in general.

The effect of hot air mass increases, reaching its peak on Friday ...

The hot air mass reaches its climax on Friday, when there is a significant and additional rise in temperature, and the weather becomes hot to very hot in general, and the maximum temperatures reach a 44/45 ° C barrier in the Jordan Valley and east of the day during the day, and the weather continues to moderate remarkably warm at night.

Retreat the hot air mass on Saturday and keep the air hot ...