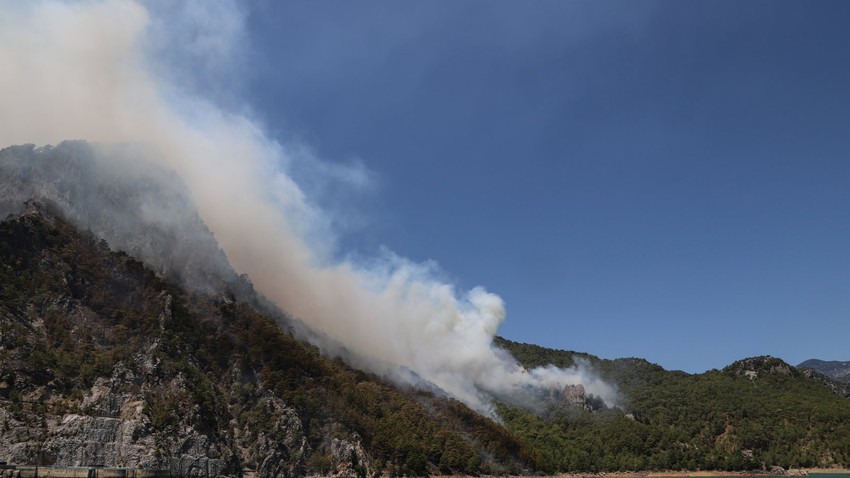 Arab Weather - Satellite images of Arab weather have detected a huge mass of fire smoke burning in the Turkish and Lebanese territories, and the smoke from the fires spreads in the eastern basin of the Mediterranean Sea, reaching some areas of Jordan through the upper layers of the atmosphere, and it can be seen with the naked eye by looking at the sky in the western horizon The reason for the ignition of the fires is due to a significant increase in temperatures, the drying of herbs, and the active winds that helped the fires build themselves and expand, as the entire regions of southern Europe are exposed to a strong heat wave as a result of the rush of a hot and dry mass of the African desert.

A picture from the capital, Amman, showing the presence of smoke clouds in the sky of the Kingdom 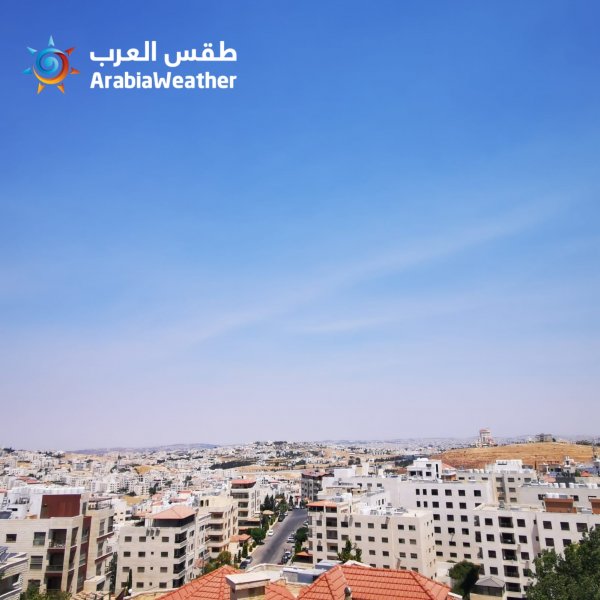