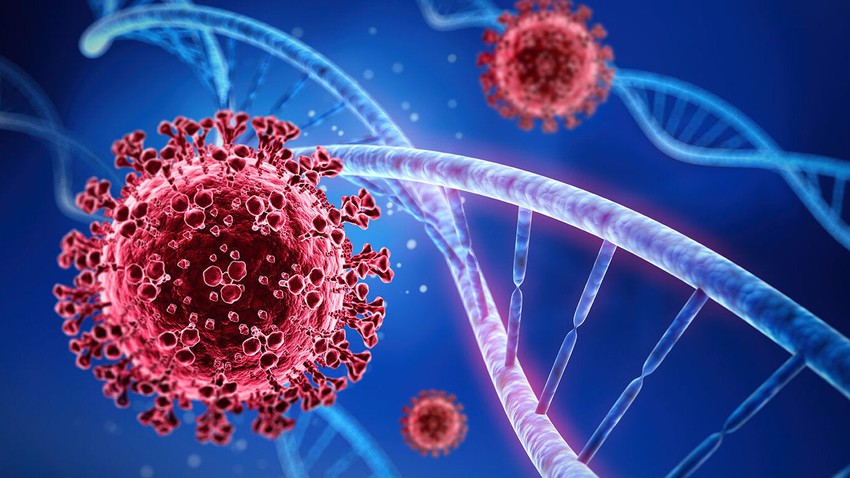 Weather of Arabia - A new study found that the mutant "Omicron" may have acquired at least one of its mutations by picking up the genetic material of a virus that causes colds, making it more transmissible.

According to the study conducted by researchers from the Cambridge-based company “Nference”, it found that part of the genetic code for “Omicron” is also present in a virus that causes colds, which indicates that the mutation can be caused by a “double infection” by infecting a person with the Corona virus. (SARS-CoV-2) and the common cold virus (HCoV-229R), simultaneously .

According to previous studies, this cross-infection of several viruses sets the scene for viral recombination, a process in which two different viruses interact in the same host cell while making copies of themselves, resulting in new copies containing some genetic material from both original viruses.

This synthesis may occur even more in cells of a person infected with HIV, and South Africa (where 'omicron' was first identified), has the world's highest rate of HIV infection, which weakens the immune system and increases vulnerability to HIV. Person infected with cold viruses and other pathogens.

According to the researchers, this genetic sequence does not appear in any previous versions of the Corona virus, but it is present in many other viruses, including those that cause colds, as well as in the human genome, and this is what will help “Omicron” avoid the human immune system.

This could mean that the virus is transmitted more easily, while only causing mild illness or asymptomatic infection , and scientists do not yet know whether "Omicron" will overtake Delta as the most widespread mutant, and it may take several weeks to get an answer, and there is a need Further investigation is required to confirm the origins of the omicron mutations and their effects on function and transmissibility.

In the meantime, the study authors said, the new findings underscore the importance of people getting the currently available COVID-19 vaccines, and to reduce the chances of infecting other people who are immunocompromised.

On the other hand, Director of the US Centers for Disease Control and Prevention Dr. Rochelle Walinsky said: "We now have about 86,000 cases of coronavirus in the United States diagnosed daily, and 99.9% of them are infected with the delta strain."

He added, "We know what we have to do against Delta, and this is to get the vaccine and booster doses and continue all prevention measures, including wearing masks . By following these measures, we can very well be able to confront Omicron."