A possible meteor storm on Monday/Tuesday night, raining about a thousand meteors per hour 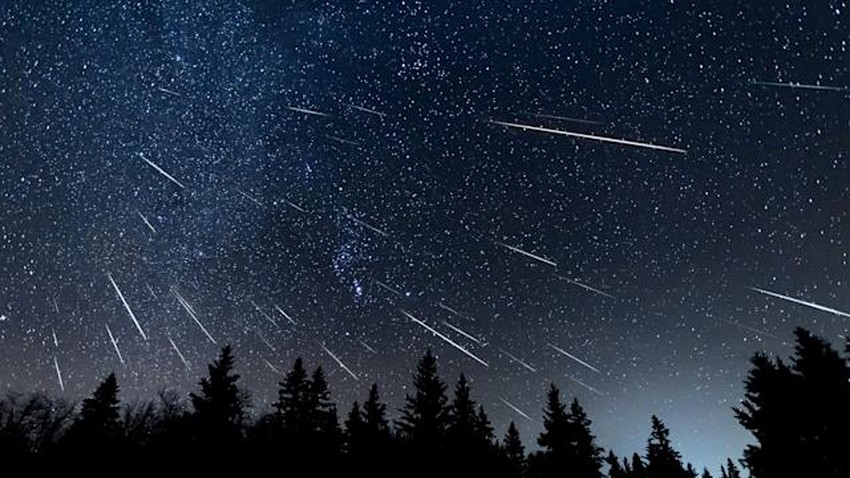 Weather of Arabia - May this year conclude with a special event for lovers of astronomical phenomena, as the sky is expected to witness a dense and new shower of meteors, at a rate of about a thousand meteors per hour, in the so-called: "meteor storm", on the night of Monday to Tuesday 30-31 May 2022 AD.

Meteor showers occur every year at approximately the same time, when the Earth enters the space debris area of a comet. The best meteor showers witnessed by the earth during the 21st century ( source ), then it is worth following up.

According to NASA , the peak of the meteor shower is expected to occur early in the morning of Tuesday, May 31 (5 am GMT), which is the time when the Earth will enter the densest region of comet debris to collide with dust particles in the Earth's atmosphere and fall on the ground forming a meteor shower. , The countries that will see the best view of the event are those for which this time will be at night, which is a large part of North and South America as well as part of West Africa and Western Europe, and for Asia the peak time will be during the day. 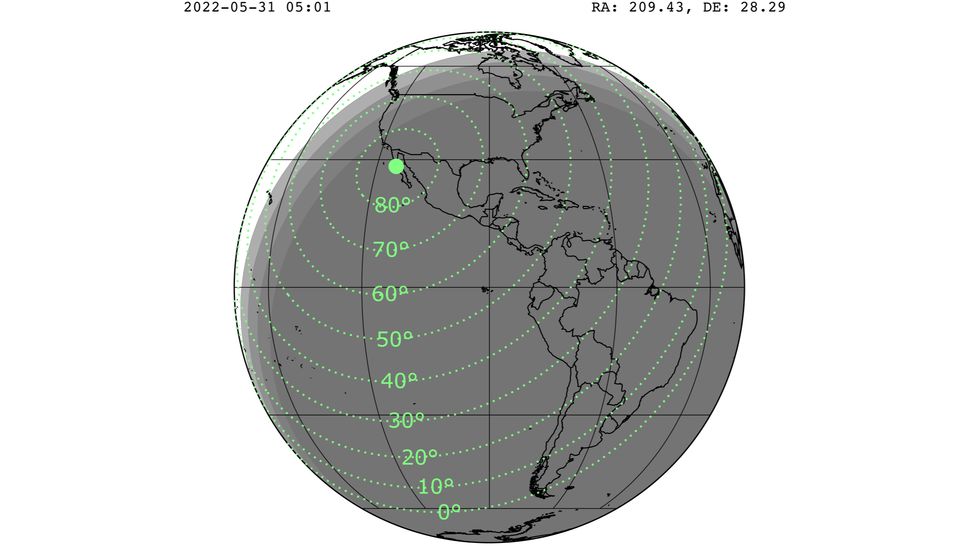 This meteor shower is called "Tau Herculids", after the star "Tau" located in the constellation "Hercules", and the comet that caused this meteor shower was discovered in 1930 and was named "Schwassmann-Wachmann 3) or "SW3". Named after its German discoverers, Arnold Schwazmann and Arno Arthur Wachmann.

The comet orbited the sun every 5.4 years, and because it was so faint, SW3 wasn't seen again until the late 1970s, and it looked so normal until 1995, when astronomers realized that the comet had become about 600 times brighter. Astronomers found that SW3 had shattered into several pieces, scattering debris and small dust grains in its orbital path, and by the time it passed near us again in 2006, it was made up of roughly 70 pieces, according to NASA, and had continued to break apart further. since then.

If the meteor shower occurs, it is expected that the meteors will be slow, so that dust particles enter the atmosphere at a speed of 10 miles per second (16 kilometers per second), and this is very slow compared to the rest of the meteors, as its speed when entering the atmosphere is usually between 11 to 72 km per second. But it is difficult to accurately predict what will happen because this meteor shower has not occurred before, but the moon on the evening of the peak will be absent in the sky, and this increases the chance of seeing meteors.

You may also be interested in: What are meteors? And why do they appear bright in the sky of the Earth?

Do meteors pose a threat to Earth?

Meteors do not pose any danger to the Earth's surface, even if they are in the form of a storm. Most of the meteors burn up and vanish in the atmosphere, but they can affect the satellites that are currently in Earth's orbit.

When small meteor-forming particles slam into a satellite at high speeds of up to 200 times the speed of sound, the dust particles evaporate into hot, electrically charged gas (plasma), which in turn damages the satellite's sensitive electronic parts, causing it to get out of control ( source ). As happened with the communications satellite Olympus-1 during the Perseid meteor shower in August of 1993.

You may also be interested in: How many satellites orbit the Earth? Facts and figures that will amaze you